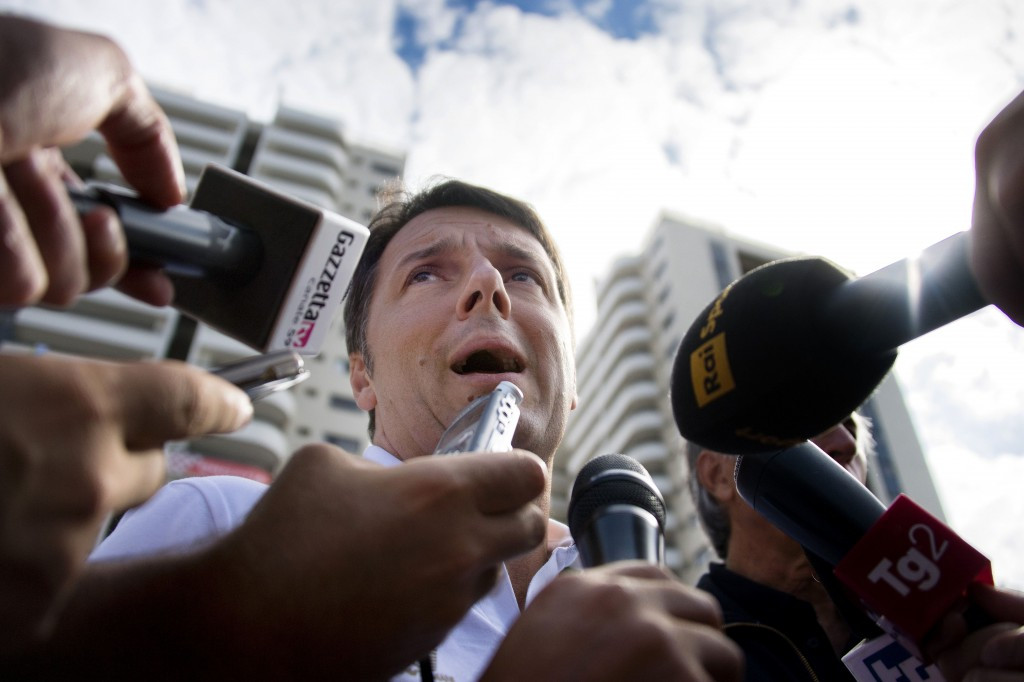 The sports movement is poised to assume an increasingly important role in international politics, Matteo Renzi, the Italian Prime Minister, has claimed, while asserting that the then Government had made a mistake four years ago by pulling Rome’s bid out of the race for the 2020 Olympic and Paralympics.

Interviewed in Rio, where he is to attend tonight's Olympic Opening Ceremony, Renzi argued that sport could be a weapon against efforts by fundamentalist terrorists to destroy the liberal western lifestyle.

It should therefore be a high priority for Government investment, as illustrated by some of the policies of his Government since it came to power in February 2014.

"This is a crucial moment because I think terrorist attacks around the world, especially Europe are focused on destroying the lives of people," Renzi said.

"But if they don’t kill, the second-best goal is exactly that: to give out a life of fear; to force us into our houses without the possibility to live.

"This is a time in which sport could be the answer to the crisis."

Flanked by Rome 2024 President Luca di Montezemolo, Italian Olympic Committee (CONI) President Giovanni Malagó and Italian International Olympic Committee (IOC) members Mario Pescante and Franco Carraro, Renzi acknowledged that the decision by a previous Italian Government to pull Rome out of a bid race it might well have won was an error.

"I think the decision of [Mario] Monti four years ago was a mistake," he said.

He also disclosed that CONI had decided that the domestic portion of the Olympic Torch Relay would start in Lampedusa, were Rome to be successful in its race against Budapest, Los Angeles and Paris.

Questioned on the critical matter of support for the bid from Virginia Raggi, the new Mayor of Rome and representative of the populist Five Star Movement, Renzi spoke of a new, less polemical, more cooperative era in Italian politics.

"We are ready to work with them," he said.

"We will wait for the decision of the city in the next weeks with a lot of cooperation.

"We are not worried.

"We are ready to work with the Mayor of Rome."

Key discussions are expected to take place with Raggi, who is not expected in Rio, once bid leaders return to Italy at the end of the Games.

Even with such a young (41 years old) and charismatic national leader enthusiastically on board, it is absolutely imperative that Rome 2024 secure the full-blooded support of Raggi and her Five Star colleagues if it is to stand a realistic chance against some powerful rivals.

The IOC will decide the winner of the race in Lima in September 2017.