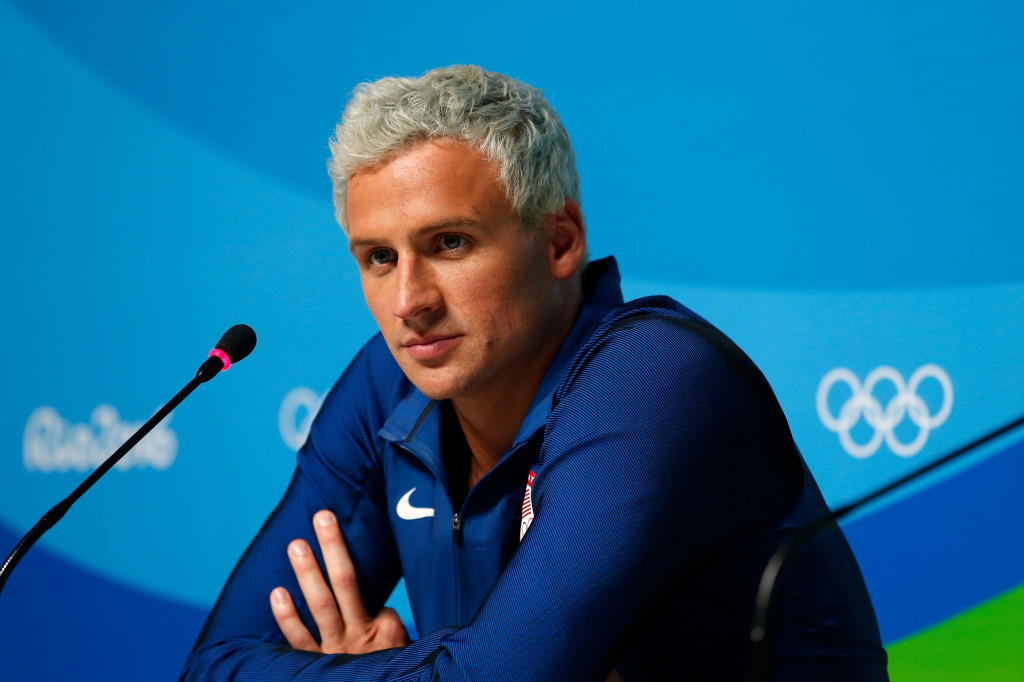 Brazilian police have charged American swimmer Ryan Lochte with filing a false statement about being robbed at gunpoint during the Rio 2016 Olympic Games.

A police statement recommends that the court issues a summons for the six-time Olympic gold medallist, who will be able to choose whether to introduce a defence in Brazil.

Lochte, a member of the US’s successful 4x200 metres freestyle relay team at Rio 2016, flew out of Brazil after the Games before he could be questioned about the alleged false claim.

He was among four US swimmers that initially claimed they had been robbed at gunpoint when returning to the Olympic Village, before closed circuit television footage emerged of the men vandalising a petrol station following a night out.

Lochte has been accused of having pulled a metal advertisement in a frame to the ground and it is then claimed he "stood up and began to yell at guards" after they were caught.

The penalty for falsely filing a crime report carries a maximum penalty of 18 months in prison under Brazilian law, and Lochte can be tried in his absence.

However, it is understood that if Lochte did attend the hearing he could agree to pay a fine like fellow swimmer Jimmy Feigen, who was with him during the incident.

The US and Brazil have an extradition treaty dating back to the 1960s, but the latter nation has flouted this in the past.

US authorities could take the same stance if Lochte is found guilty.

Four of the 32-year-old’s sponsors have already ended their associations with him, including Speedo and Ralph Lauren.

One brand appears to have seen the debacle as an opportunity however, with Pine Bros Softish Throat Drops saying today it has signed Lochte for an advertising campaign.