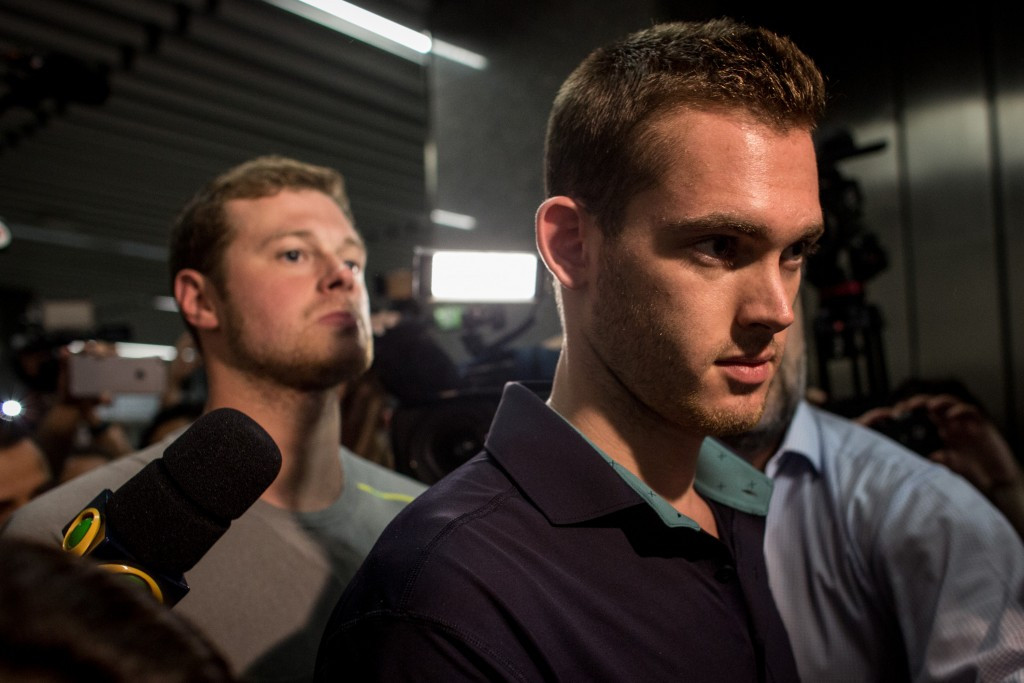 American swimmers Ryan Lochte, Gunnar Bentz, Jack Conger and Jimmy Feige have been accused by Brazilian police of lying about being robbed at gunpoint by muggers in Rio, amid clams they were actually involved in a fracas at a petrol station.

Six-time Olympic champion Lochte was returning to the Olympic Village in a taxi from a post competition night-out at the French Hospitality House on Sunday, alongside team-mates Bentz, Conger and Feigen.

Their taxi was allegedly stopped by individuals dressed as policeman close to Ipanema.

One pointed a gun at the swimmers, it is claimed, before taking their money and belongings.

Bentz and Conger were prevented from boarding a flight by Brazilian authorities yesterday, as the investigation continues, with it claimed that little evidence has emerged to support the swimmers' story.

It followed a Brazilian judge ordering the seizure of the passports of the two others involved - Lochte and Feigen - after they supposedly provided conflicting reports regarding their claims.

While Feigen is reportedly still in Brazil, Lochte has already returned to the United States.

According to the New York Times, Brazilian police have claimed the four swimmers stopped at a petrol station shortly after leaving a party.

They state that the swimmers went to the bathroom and caused damage to its door, leading to a discussion with the manager and a security guard.

A Brazilian police source has told ABC News that "one of the swimmers was seen on CCTV footage breaking down the door to the bathroom at the petrol station and fighting with a security guard" on the night of the alleged gun point robbery.

A witness has reportedly claimed that the swimmers had paid for the damage done to door before leaving.

Lochte broke his silence regarding the case earlier today, telling NBC that “I wouldn’t make up a story like this, nor would the others.”

Prior to the latest revelations from the Brazilian police, Rio 2016 spokesman Mario Andrada stated he did not regret apologising to Lochte earlier this week.

“I do not expect any apologies from him or other athletes are needed,” Andrada said.

“They were trying to have fun, they came here and represented their country, trained for years, competed under gigantic pressure.

“I understand this issue is under investigation.

“Let’s give these kids a break, they made a mistake.