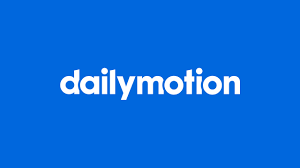 Dailymotion will stream more than 680 hours of action from next month’s Paralympic Games in Rio de Janeiro after the company signed an agreement with the International Paralympic Committee (IPC).

The coverage of the event, which runs from September 7 to 18, will be shown on 15 high definition channels on the IPC’s website and will feature 13 sports.

The other 10 sports on the programme for the Paralympics in the Brazilian city will be shown in daily highlights shows, to be broadcast at 4pm and 11pm local time.

They will also be included in news shows, which will be streamed at 3am and 10am.

“We’re really excited that during Rio 2016 we will be live streaming 72 hours of sport each day across 15 channels,” IPC director of media and communications Craig Spence said.

“It will mean that fans from around the world can either watch the Games on TV or on Paralympic.org.

“We’re really excited to be working with Dailymotion for the first time, to use their publisher network and bring the Paralympic Games to new audiences.

“Strategically Dailymotion is a really good choice for the IPC.

“Half of their user base is located in Asia - the location of the next three Paralympic Games.

“Although the IPC has strong broadcast partners in South Korea, Japan and China, we hope that using Dailymotion’s publisher network during Rio 2016 will help the IPC to build on that for the Games to come.”

Opening and Closing Ceremonies are set to be shown on the live stream, which will have English commentary, along with 72 hours of live sport each day.

Athlete interviews and other content will also form part of the coverage, as well as 700 hours of on-demand video.

It was announced last week that up to 10 countries may not be able to attend the Paralympic Games regardless of whether grants are paid by organisers due to financial problems experienced by Rio 2016.