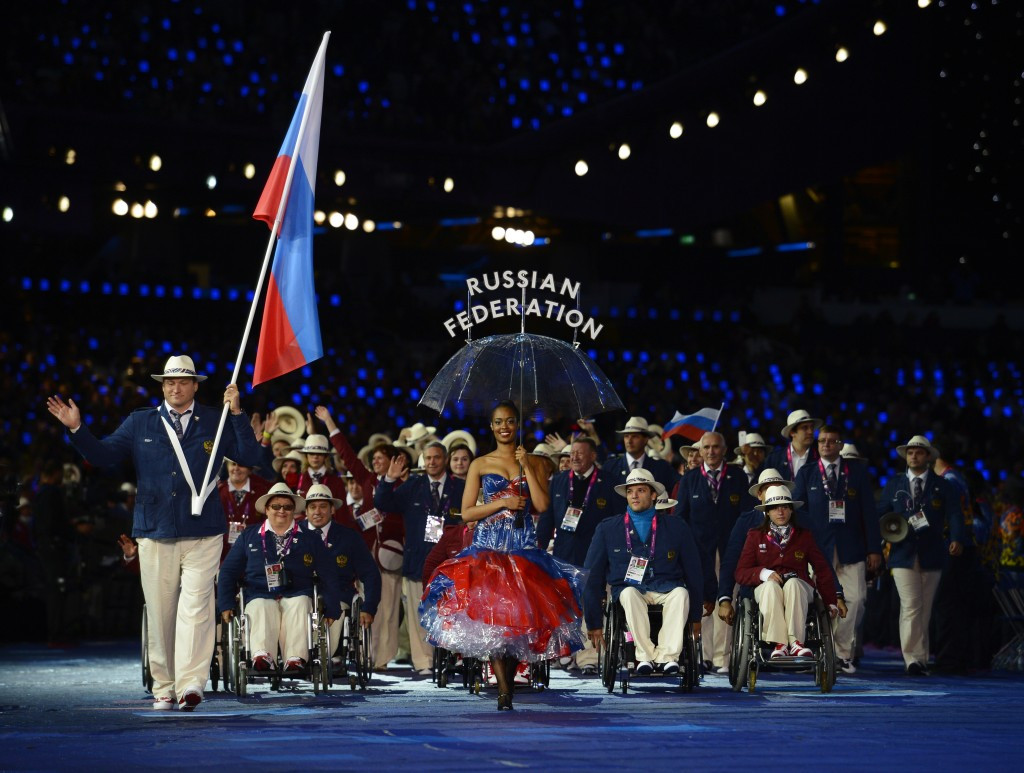 Russia remain banned from the Rio 2016 Paralympic Games after the Court of Arbitration for Sport (CAS) dismissed their appeal against their suspension by the International Paralympic Committee (IPC).

The IPC opted to impose a blanket ban on the nation on August 7 following the release of the McLaren Report, which revealed a state-sponsored doping scheme in the country, including at the Sochi 2014 Winter Olympics and Paralympics in Russia.

The Canadian lawyer alleged what he described as the "disappearing positive methodology" - where positive samples were switched for clean ones - in the explosive report.

"The CAS Panel in charge of this matter found that the IPC did not violate any procedural rule in dealing with the disciplinary process leading to the RPC’s suspension and that the decision to ban the RPC was made in accordance with the IPC Rules and was proportionate in the circumstances," a CAS statement read.

"The Panel also noted that the RPC did not file any evidence contradicting the facts on which the IPC decision was based.

"In making its decision, the CAS Panel did consider the particular status of the RPC as a national governing body but did not determine the existence of, or the extent of, any natural justice rights or personality rights afforded to individual athletes following the suspension of the RPC."

The IPC have confirmed they will work to redistribute the 267 places which would have been taken by Russian athletes, should they have competed at the Games.

Craven said he "was greatly encouraged" by the decision, but reflected that it was a "sad day for the Paralympic Movement".

“Today’s decision underlines our strong belief that doping has absolutely no place in Paralympic sport, and further improves our ability to ensure fair competition and a level playing field for all Para-athletes around the world," he said.

“Although we are pleased with the decision, it is not a day for celebration and we have enormous sympathy for the Russian athletes who will now miss out on the Rio 2016 Paralympic Games.

“It is a sad day for the Paralympic Movement, but we hope also a new beginning.

“We hope this decision acts as a catalyst for change in Russia and we can welcome the Russian Paralympic Committee back as a member safe in the knowledge that it is fulfilling its obligations to ensure fair competition for all.

"The IPC Governing Board’s decision was taken with the best interests of the Paralympic Movement at heart, as was the IOC’s ruling for the Olympic Movement which I supported as an IOC Member during the IOC Session.

“Beyond Rio 2016, we will work with the World Anti-Doping Agency (WADA) to establish the criteria the Russian Paralympic Committee needs to meet in order to fulfil all its membership obligations and have its suspension lifted.

“We will also continue to work closely with the IPC Anti-Doping Committee and WADA on the measures to be taken to address the athletes implicated as part of the McLaren Report, including advice on results management.”

The IPC position contrasted starkly with that taken by the International Olympic Committee (IOC), as they opted to defer the decision over the extent of participation of Russian athletes at the Rio 2016 Olympics to the International Federations (IFs).

Russia went on to claim 19 gold, 18 silver and 19 bronze medals at the Olympic Games, but their athletics team were absent having been banned by the International Association of Athletics Federations (IAAF).

The IPC’s choice to impose a ban on the RPC, which came after suspension proceedings were opened in July, has been criticised by a number of organisations, such as the Association of National Olympic Committees, and IFs.

The differing stances of the IPC and IOC seems to have elevated tensions between the two governing bodies ahead of September's Paralympics, which will take place amid dire economic problems.

Up to 10 countries may not be able to attend the Paralympic Games regardless of whether grants are paid by organisers due to financial issues experienced by Rio 2016.

The Deodoro Olympic Park has been "closed and dismantled", meaning that equestrian, football 7-a-side and shooting will now work as three stand-alone venues with dedicated transport hubs.

Wheelchair fencing competition will now take place at the Barra Olympic Park after being originally scheduled for Deodoro, while venue capacity is also expected to be cut, with only 12 per cent of tickets sold so far.

Russia won 80 medals at the Sochi 2014 Paralympics on home soil, including 30 golds.

They topped the medal table by some distance with second placed Germany only winning 15 medals, nine of them gold.

"The decision is not in the legal framework - it's more political than judicial,” Mutko told the Russian news agency TASS.

“There were no reasons to dismiss, but it happened.

"We will study the possibility of further steps, and probably take a decision.”