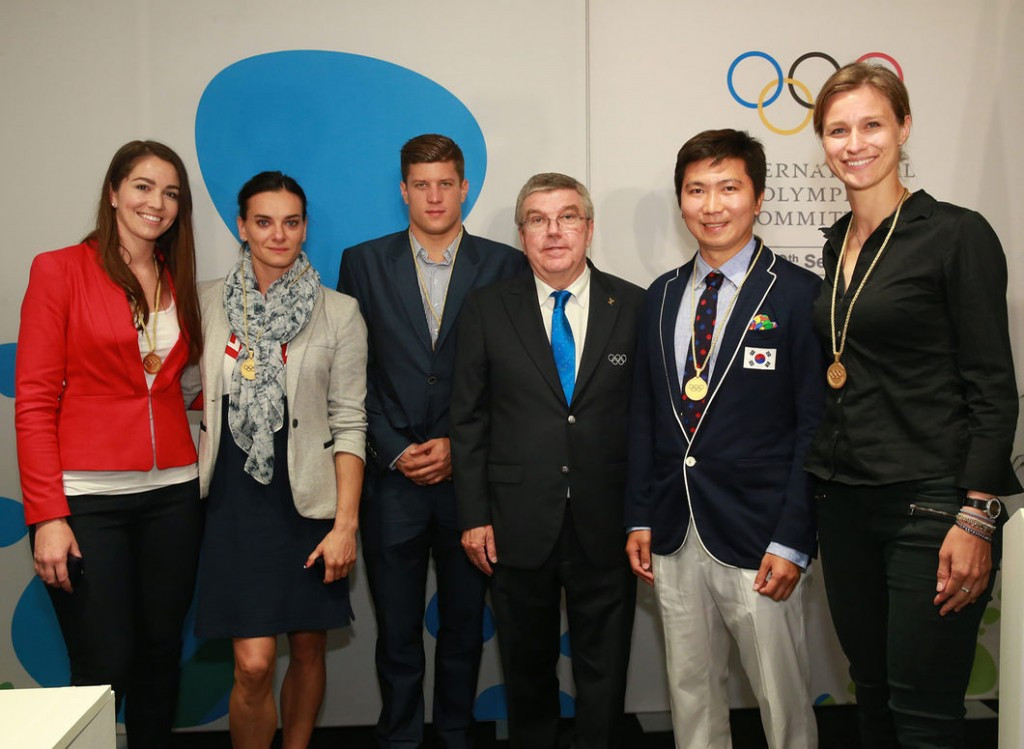 New Zealand's Sarah Walker has been elected as the fifth new member of the International Olympic Committee (IOC) Athletes' Commission here today as the four individuals added earlier this week were ratified into their positions.

Twenty-five of the 67 voting IOC members present either opposed or abstained from voting in support of Russia's Yelena Isinbayeva, however.

The two-time Olympic pole vault champion was granted permission to travel here and to stand in the election, despite being barred from competing at these Games after her country's athletics team was suspended following the publishing of allegations of state-supported doping.

Isinbayeva, who has never been directly implicated in a doping scandal, has been a vocal critic of this decision by the International Association of Athletics Federations.

She is also seen as someone who is close to the Russian Government, particularly the country's President Vladimir Putin, having also served as Mayor of the Athletes' Village during Sochi 2014.

The 34-year-old was elected in fourth place with 1,365 votes by athletes attending the Games.

Huge criticism was voiced on social media afterwards, and the International Association of Athletics Federations President Sebastian Coe did not offer public congratulations for two days after the result was announced.

He now claims to have written, but not yet delivered, a "handwritten letter" showing support.

The numbers of IOC members who voted against her is virtually unprecedented by an IOC election, which is usually just a forum to rubber-stamp a decision already taken.

Isinbayeva broke into tears when her appointment was confirmed here today.

Walker, the New Zealand BMX cyclist who won silver at London 2012, was also added today after coming fifth in the initial vote held during the Games.

She will replace compatriot Barbara Kendall. who is stepping down after having served on the Athletes' Commission from 2005 to 2008 and again since 2011.

The 28-year-old, who missed Rio 2016 through injury, was woken up in the night this week by a phone call from the IOC and has since travelled here from New Zealand.

‘It will be such a huge honour to be involved with the IOC and the Olympic Movement and I will be doing everything I can to represent all Olympic athletes as well as contribute my own perspective that I have gained through my Olympic journey," she said in a statement.

All five are expected to be formally presented during tonight's Closing Ceremony.

Russia's Alexander Popov has also been made an IOC honorary member after finishing his eight year Athletes' Commission term.

This is because he has now serve two terms, and 16 years, on the panel, with honorary member status usually given to those who have served 10 or more years.