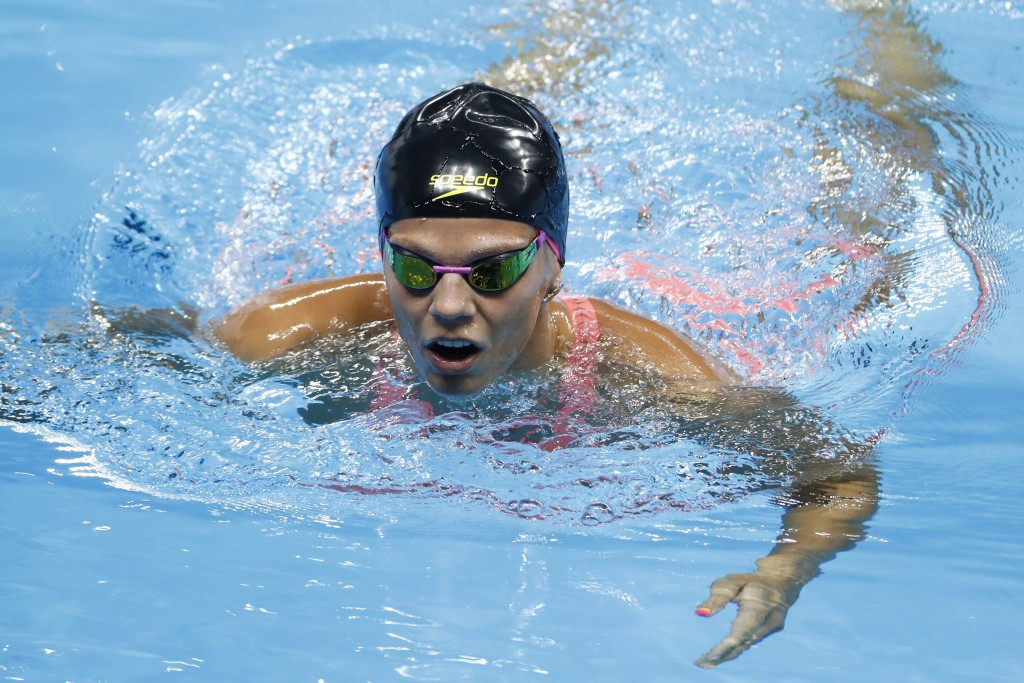 Russia's Yuliya Efimova was greeted with boos and whistles, as well as sledging from her main rival, as she made her first appearance at an Olympic Games many believe she should have been banned from after failing two drugs tests.

The 24-year-old 100 metres breaststroke world champion was cleared of wrongdoing earlier this year after failing for meldonium, which followed a 16 month ban already served due to a failure for steroid hormone DHEA in 2013.

Until last week she was set to be prevented from competing here due to an International Olympic Committee (IOC) rule barring convicted Russian doping cheats.

The decision was quashed by the Court of Arbitration for Sport, however, meaning she was allowed to compete.

Boos and klaxon horns rang around the Stadium as she stepped out for her heat and again before tonight's semi-final, which she won in 1min 05.72sec.

After finishing, she pointed her finger in a number one sign in the air.

American opponent Lilly King responded in kind, by performing a similar salute in front of a television camera before clocking a time two hundredths quicker in her later race.

"I’m going to go swim my heart out for the USA and hopefully that turns out the best."

The final, due to take place tomorrow, promises to be up their with some of the great US v Russia/Soviet Union battles seen on the Olympic stage in the past, although many believe the integrity of sport is also at stake.

Ireland's Flora Doyle, who missed out on the semi-final slots by one spot earlier today, was similarly critical when claiming "cheaters are cheaters".

“She [Efimova] has tested positive five times and she’s gotten away with it again," said Doyle.

"And FINA caved in to [Vladimir] Putin, and that’s just not fair on the rest of the athletes who are clean.

"Who are you supposed to trust now?

"They have signs all over the Village saying we are a clean sport - and it’s not."

A row has also broken out following Australian star Mack Horton's comment yesterday that his 400m freestyle triumph over Sun Yang of China was a "win for the good guys".

Sun served a three month doping ban after failing for banned stimulant trimetazidine in 2014, although it was not disclosed until later.

There has been a furious response in China and calls for both a public apology and an IOC investigation.

But Australian officials are standing by their man.

"We do support our athletes and trust them that when they say things, they say them with respect and openness and transparency," Swimming Australia chief executive Mark Anderson told Fairfax Media.

"Mack made that statement and we absolutely back it."

TOP STORY: Beijing 2022 venues to be ready for ice production by end of year