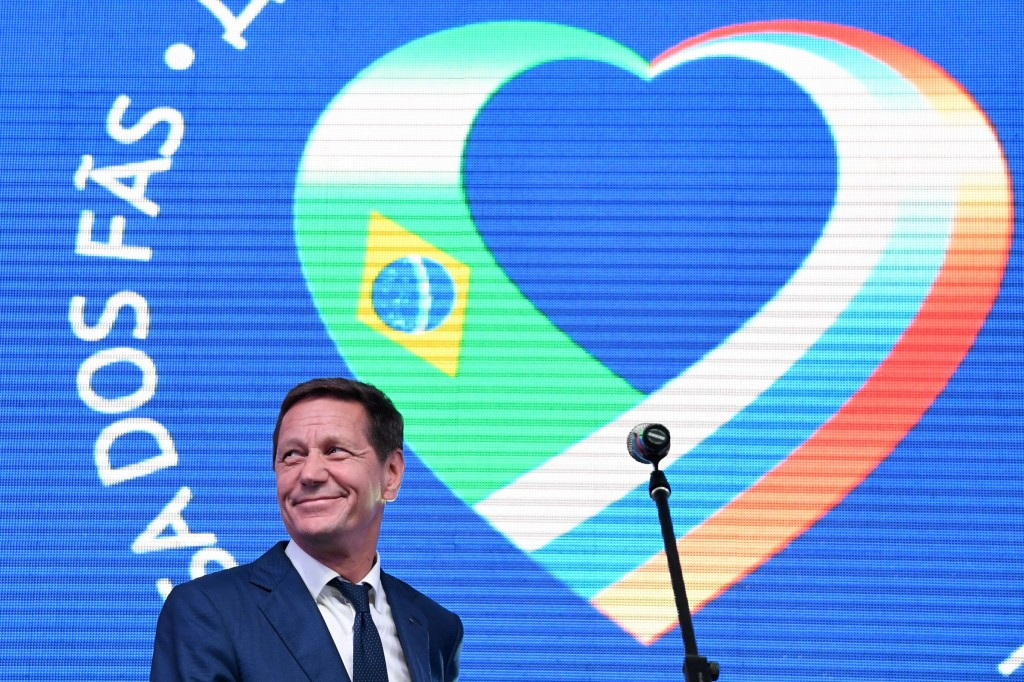 Alexander Zhukov, President of the Russian Olympic Committee (ROC), claimed the Russian team was "probably the cleanest in Rio", as he announced that at least 271 Russian athletes would be permitted to compete in the 2016 Olympic Games.

While a handful of cases are still pending, the list that the ROC President intoned, indicated that more than 100 Russian competitors have been barred, the majority, 67, in athletics.

In swimming, a sport which traditionally dominates the first week of the Games, 31 Russians out of 35 have ultimately been accepted.

These include London 2012 bronze medallists Vladimir Morozov and Nikita Lobintsev.

There remain question-marks over the Russian cycling team, with two cyclists definitely excluded and another three still awaiting a verdict.

In a cramped and steamy media event held in a small room at the Russian base, strategically located between Copacabana and Ipanema beaches, and starting just 40 minutes after the conclusion of admissions protocol meetings with the International Olympic Committee (IOC), Zhukov and other senior officials explained that most Russian athletes had arrived today and checked in at House 8 of the Olympic Village.

The team was in "work mode", but already being subjected to more tests, he said.

Six-time Olympian, the near two-metres tall Sergey Tetyukhin, a volleyball player, will be the Russian flagbearer in tomorrow’s Opening Ceremony, in which a "limited number" of Russian athletes would participate.

Among the cases still pending is that of wrestler Viktor Lebedev.

In his hardest-hitting comments Zhukov argued that it was unfair that Russian track and field athletes such as Yelena Isinbayeva and Sergey Shubenkov, who had never been accused of doping, should not be allowed to compete, while athletes from other countries who had completed doping sanctions would line up in Rio.