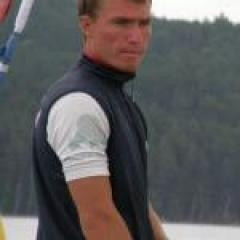 World Sailing has reversed its decision to axe Russia’s Pavel Sozykin from Rio 2016 based upon new guidance provided by the International Olympic Committee (IOC).

Sozykin, who competes in the 470 class, was banned from the Games last month after being named in Richard McLaren's damning report into doping in Russia.

He was implicated in what McLaren described as the "disappearing positive methodology" - where positive samples were switched for clean ones.

However, World Sailing Board members were unanimous in their decision to declare Sozykin eligible to compete in Rio de Janeiro following a conference call held today.

Sozykin's entry must still be confirmed by the IOC and its three-person Executive Board panel selected to make final decisions on the eligibility of all Russian athletes competing at Rio 2016.

"The IOC provided the new guidance yesterday in a circular letter to all summer International Federations," World Sailing said in a statement.

"Specifically, with respect to the McLaren Independent Investigations Report commissioned by the World Anti-Doping Agency, the IOC has indicated that an athlete should not be considered as 'implicated' if the McLaren list does not refer to a prohibited substance which would have given rise to an anti-doping rules violation.

"In the case of Mr Sozykin, though he was identified in the McLaren Report in connection with the disappearing positive methodology, the report did not include specific information as to whether the positive test occurred in competition or out of competition.

"Further, the substance for which he tested positive is not prohibited out-of-competition and, if the sample had been taken out of competition, would not have resulted in a sanction."

The World Sailing Board of Directors also noted that Sozykin has had at least two subsequent anti-doping tests with no adverse results.

"World Sailing will closely monitor the continued investigation into the allegation regarding Mr Sozykin in the McLaren Report," the statement added.

"If it is determined that an anti-doping rule violation did in fact occur, the relevant tribunal may disqualify Mr Sozykin from any results obtained since October 2014, when the sample in question was taken."

Last month, Roberta Caputo was banned from the Italian team for Rio 2016 after testing positive for banned substance clostebol.

Caputo was due to compete in the 470 class along with Alice Sinno but she has now been replaced by Elena Burta.

The 23-year-old failed for the steroid during an out-of-competition test conducted in Naples on July 6.

World Sailing chief executive Andy Hunt told insidethegames earlier this week that the start of the Olympic sailing competition next Monday (August 8) will not be delayed.

This is in spite of damage to the extensive, 50-metre long launch ramp, via which boats were intended to enter the water, adjacent to the famous Sugar Loaf mountain, where the venue is located.