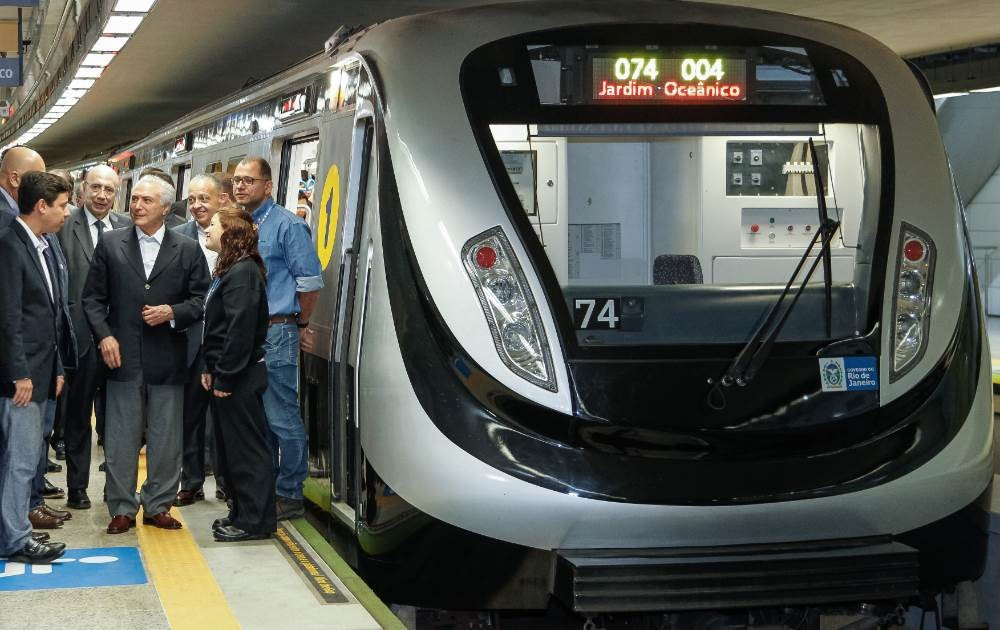 The most eagerly anticipated and contintious legacy project of Rio 2016 - the subway extension linking the city centre with the main Olympic hub at Barra de Tijuca - is due to finally open tomorrow for accredited personnel only.

"I have closely followed all the works that are taking place in Rio de Janeiro and it's with great joy that I see them being done with the general population in mind," said Temer after taking a maiden voyage from Nossa Senhora da Paz to Jardim Oceânico.

"With Line 4 in service, a worker who at the moment takes two hours to get home will now only take just 30 minutes."

The line, which has experienced numerous delays after being originally due to be completed last year, is only beginning operating properly tomorrow.

This will only be for accredited workers or Olympic personnel, a spokesperson for the Rio State Department of Transport confirmed to insidethegames.

It will be rolled-out to all those with Olympics tickets and a special transport card introduced for the Games on Friday (August 5), the day of the Opening Ceremony.

This is part of a "soft opening", with it not expected to be unveiled to the general public until September.

The line is due to be open from 6am to 11pm over the next four days.

From August 5 to 21 during Games-time, this will be extnded to 6am until 1am.

Although not part of the successful Rio 2016 bid seven years ago, the extension to Metro Linha 4 westwards beyond Ipanema Bay is among the most important legacy projects of the Games, intended to eventually improve the commute for more than 300,000 people a day.

There have been repeated delays, with the line pushed-back until a deadline of August 1 was given earlier this year.

Concerns remain over the lack of testing of the line, however, with many expecting lingering problems over coming weeks.