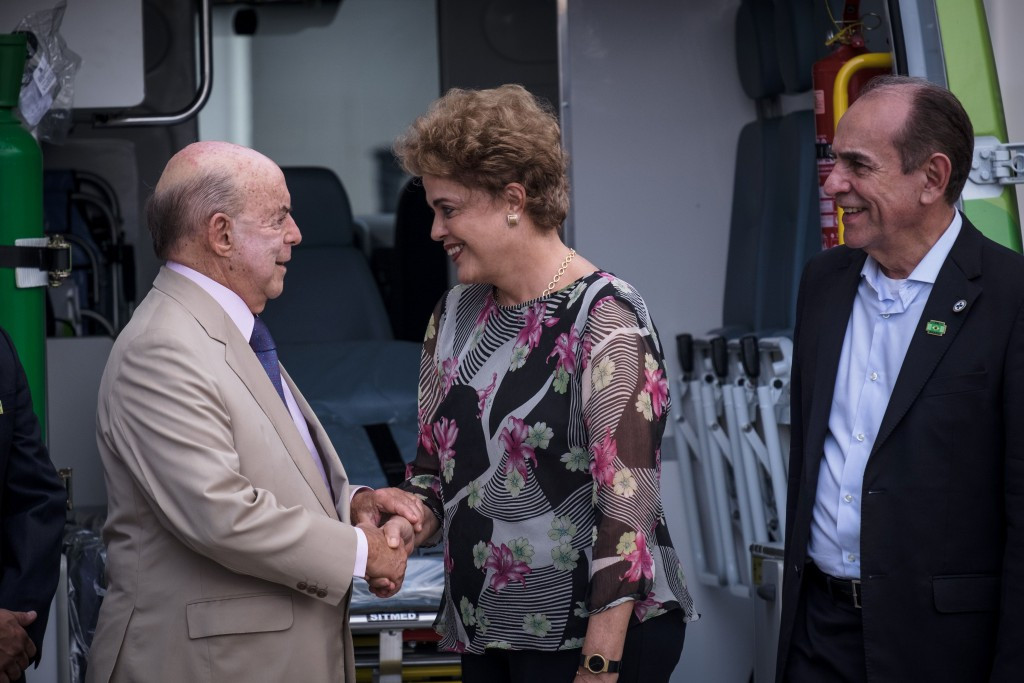 Rio de Janeiro interim State Governor Francisco Dornelles has admitted the Rio 2016 Olympics and Paralympics could be a "big failure" if appropriate arrangements are not made regarding security and transport plans.

Dornelles, speaking in an interview with Olympics-rightsholders Globo, insisted that a "great Olympics" remains possible, but only if specific steps are taken.

"I am optimistic about the Games, but we have to show the reality," he wrote.

"We can make a great Olympics, but if some steps are not taken, it can be a big failure.

"I have said that without security and no subway, there will be difficulties.

"How will people get to places without underground transport?

"How will people feel protected in the city without security?

"We have to give proof that we are equipping security and the mobility for people to come to the country."

This marks the most serious admission of fears ahead of the Games by a Brazilian official after repeated insistences that the Games would be unaffected by the various political and economic problems ravaging the host nation.

Dornelles declared an unprecedented “state of public calamity in financial administration” earlier this month with less than 50 days until the Opening Ceremony, which could threaten “the fulfilment of the obligations as a result of the Olympic and Paralympic Games Rio 2016”.

One of these is the subway line due to link the city centre with the Olympic Park site at Barra de Tijuca.

A payment of BRL$989 million (£193 million/$280 million/€246 million) to the State Government was rejected earlier this month by the Brazilian National Development Bank due to a failure to pay-back previous loans.

Dornelles said that the state is still awaiting a BRL$2.9 billion (£579 million$860 million/€720 million) payout from the Federal Government.

He also warned that, until this support arrives, there is only enough money to continue police patrols in the city until the end of the week.

Security is another concern after a series of muggings affecting athletes training for the Games.

Australia's six-time Paralympian Liesl Tesch was robbed at gunpoint close to the Guanabara Bay sailing venue last week, while members of both the Spanish and British sailing teams have also been affected.

Eight-five thousand security forces are expected to be deployed during the Games.

But concerns remain over their accommodation and to what extent the financial crisis affecting the State Govenment will hinder their activities.