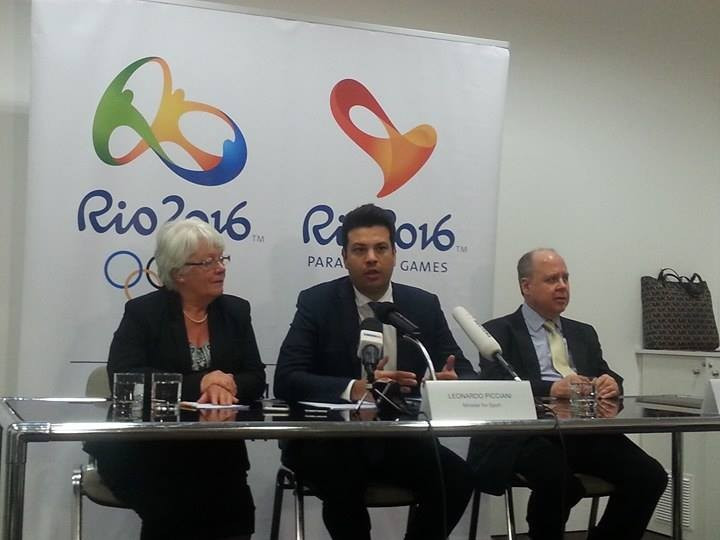 A crucial loan needed to complete construction of the subway extension linking Copacabana with Barra da Tijuca has not yet been given by Rio de Janeiro's State Government, Brazil’s Sports Minister Leonardo Picciani admitted here today.

He insisted the project will be unharmed even if the money does not arrive in time.

Picciani, who became the third person to take up the Sports Ministerial role in six weeks last month, also confirmed they expect the Metro Linha 4 to be ready on August 2, just three days before the Opening Ceremony.

Previous suggestions from the Government had put the completion date at August 1, raising further doubts about when exactly it will be ready for use for the Games.

Globo reported at the weekend that the State of the Olympic host city had been denied a cash injection of BRL R$989 million (£193 million/$280 million/€246 million) by the Brazilian National Development Bank.

It came after the Government failed to repay a loan owed to a French development agency.

The insolvency of the Rio de Janeiro state is proving the key issue, Picciani admitted, but the Sports Minister stressed they had been in “continual dialogue” about when the bank would consider releasing the funds.

Picciani said that he hopes to “return the State to a state of solvency so it can be eligible to receive the next part of the loan”.

The loan had been described as “essential” for the subway extension, which will undergo a “soft” launch in early August with the line set to be restricted to spectators with tickets and accredited personnel rather than the general public.

Rio 2016 and the Government have repeatedly claimed the Metro Linha 4 was not part of the original bid but it has since been billed as the primary way in which spectators will travel from the city centre to the main Olympic Park in Barra.

Transport secretary Rodrigo Vieira said on Friday (June 3) that they cannot afford any further delays, "even by just a single day".

“We have been in continual dialogue with the State of Rio de Janeiro and we have been assured that Line 4 is virtually ready,” Picciani said here.

“By August 2, they will be able to deliver the Line 4 which will be used by ticket holders and other members of the Olympic family.

“We have also been assured that the State of Rio de Janeiro has been in contact with the national development bank to determine when the release of the next loan tranche is going to be due.

“The Government reiterates the fact that this will not harm the completion of this Line 4.”

Although Picciani is confident the funds will be released in time to aid the construction of the extension, it remains unlikely that the project itself will not be affected despite claims to the contrary from organisers.

The State of Rio de Janeiro remains embroiled in a financial crisis, with acting city Governor Francisco Dornelles admitting in March that the State’s financial situation was "as bad as he has ever seen".