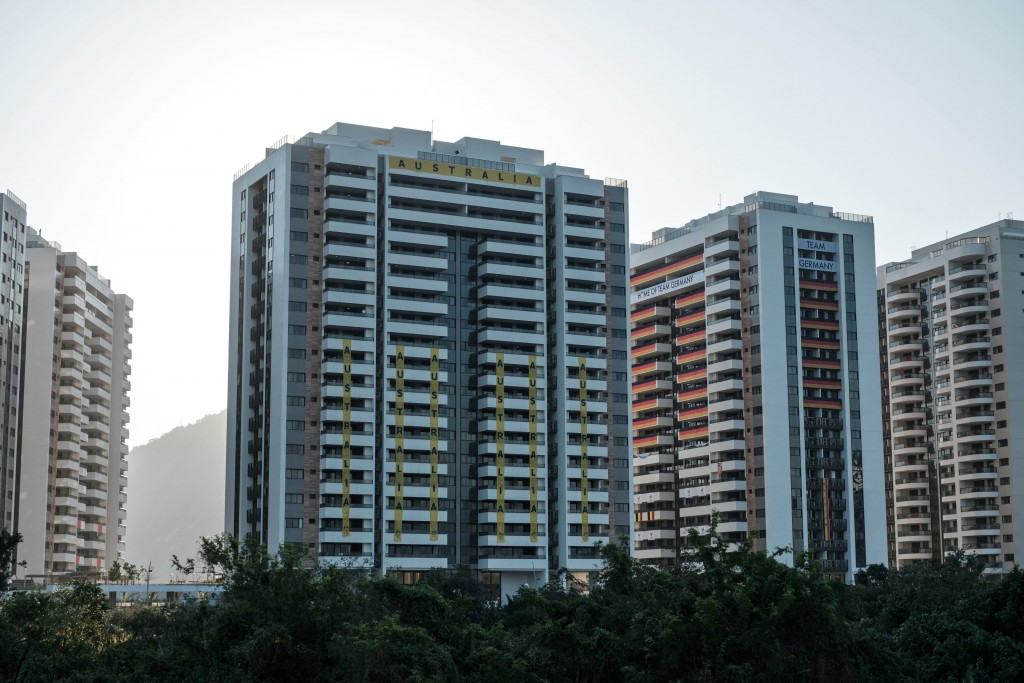 Three laptops and items of clothing were stolen from the Australian apartments in the Olympic Village when the team was evacuated due to fire last week, it was revealed today.

Around 100 athletes and staff were forced to evacuate their building on Friday (July 29) after a small fire started in a litter bin in a parking lot in the basement of the building.

There was nobody injured and the team returned after the fire had been extinguished by emergency services.

Concerns primarily surrounded the fact that no fire alarm had gone off and staff were only alerted by the smell and sight of smoke.

It has been confirmed today, however, that items were taken during the evacuation, suggesting it may have been some sort of scam.

"We did lose some shirts and a couple of laptops, one on the fifth floor from a cycling official and one in the office downstairs,” said Australian Olympic Committee (AOC) spokesman Mike Tancred.

It is not clear who started the fire, but it is thought it may have been done accidentally by workmen smoking cigarettes in the basement of the neighbouring building, despite the Village being a smoking-free zone.

These same workmen were also thought to have turned off the fire alarms while carrying out the maintenance.

An investigation had been opened by the AOC and Rio 2016.

"We hadn't been advised that the fire alarms were silenced, so how we found out was basically smoke in the corridors and stairwells," said Australian Chef de Mission Kitty Chiller.

"It's absolutely not satisfactory at all."

Security forces have now been employed to work on the building.

The Olympic Village had been described as "neither safe nor ready" by Australian Chef de Mission Kitty Chiller earlier last week.

Rio Mayor Eduardo Paes worsened the situation further by joking that all they needed was a kangaroo in the Village, although he has since met with the team and apologised.

International Olympic Committee President Thomas Bach claimed today that all problems in the Village had been addressed.