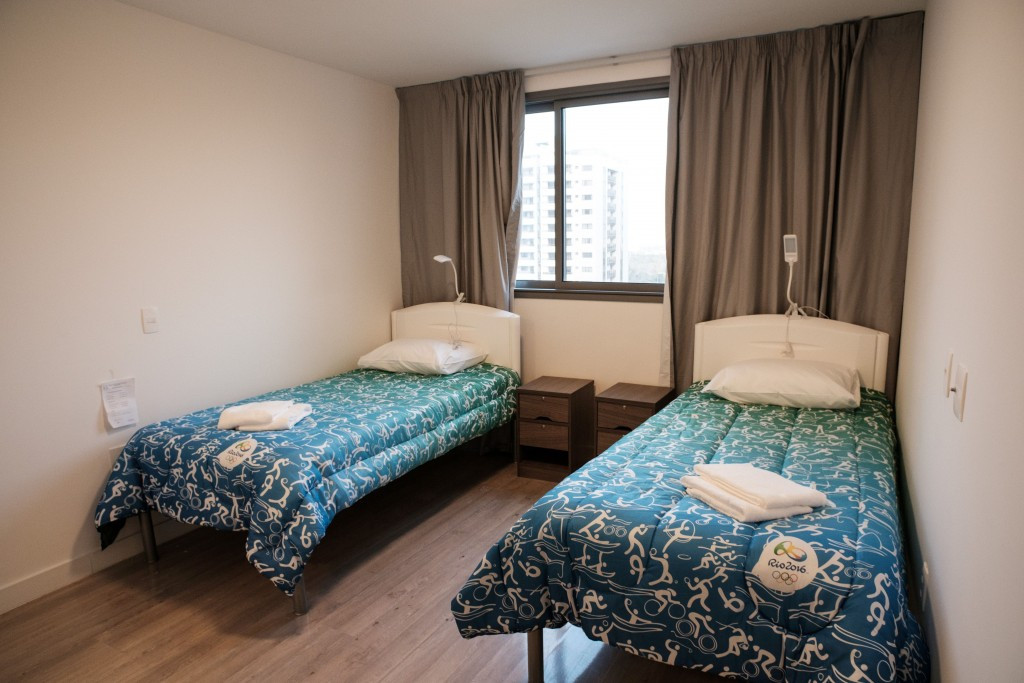 Major issues with the Rio 2016 Olympic Village have been revealed less than a fortnight before the start of the Games - with some athletes facing turning up to find their accommodation not ready.

Kitty Chiller, the Australian Chef de Mission, said the Village was "neither safe or ready" with the situation bound to cause serious alarm to both Rio organisers and the International Olympic Committee (IOC).

Among the problems highlighted by Chiller are blocked toilets, leaking pipes, exposed wiring and darkened stairwells, with the Opening Ceremony swiftly approaching on August 5.

Dirty floors are another problem, Chiller said, while she claimed water has come through the ceiling in some areas leaving large puddles on the floor.

A number of other countries have also reportedly raised concern about conditions, with the IOC admitting to insidethegames that "extra work" was required with staff working around the clock.

It will take "another few days" to address this, however, meaning athletes arriving imminently may have to stay elsewhere.

Chiller said that members of the Australian delegation had been due to move into the Barra da Tijuca facility on July 21, but had instead been staying in local hotels.

Concerns have been raised on a daily basis with both the Organising Committee and the IOC, she said.

Extra maintenance staff and more than 1,000 cleaners were supposedly dispatched as part of a bid to resolve concerns but Chiller said the issues, particularly the plumbing problems, have not been resolved.

The Australian party decided to carry out a “stress test” where taps and toilets were simultaneously turned on in to see if the facility could cope when at full capacity.

"Water came down walls, there was a strong smell of gas in some apartments and there was shorting in the electrical wiring.

"We were due to move into the Village on July 21 but we have been living in nearby hotels, because the Village is simply not safe or ready."

Chiller said no Australian athlete would yet move into their allocated building but she will "reassess" the situation.

It comes after the AOC issued a press release outlining a project which was supposed to result in children's artwork being placed on the walls of Australian athletes' rooms in the Village.

"For over a week now AOC staff have been working long hours to get our section of the Village ready for our athletes," Chiller said.

"Problems include blocked toilets, leaking pipes, exposed wiring, darkened stairwells where no lighting has been installed and dirty floors in need of a massive clean.

"In operations areas, water has come through the ceiling resulting in large puddles on the floor around cabling and wiring.

"We have raised our concerns on a daily basis with the Organising Committee and the IOC, especially at the daily Chef’s meeting.

"We are not alone, our friends from Team GB, New Zealand and others are experiencing the same problems in their accommodation.

"We have been pushing hard for a solution.

"Our staff are continuing to set-up as best they can for the arrival of the athletes.

"For those athletes arriving in the next three days we have made alternative accommodation arrangements.

"We welcome a decision by the IOC to recommend to the Organising Committee that stress tests be carried out throughout the Olympic Village.

"The IOC has recommended a plumbing stress test and a fire safety test.

"Those tests will include all floors, all rooms, all fixtures, sinks, showers and toilets, as well as fire alarms, lighting in stairwells and exits.

"Representatives from National Olympic Committees have been invited to observe the test.

"From an AOC point of view, John Coates [AOC President and IOC member], has always stressed that for a Games to be successful, you need to get three things right, the Athletes' Village, the transport and the food.

"There is much work to be done at the Village and we appreciate the efforts of the IOC and the Rio Organising Committee to 'push things along' and solve the problems."

The IOC told insidethegames they had been "working closely" with Rio 2016 on the Olympic Village.

Hundreds of residents are expected to move into the Village on time, a spokesperson said.

"As they reached the final stretch of preparations to welcome the athletes to the Olympic Village, it became clear that as the rooms started to be used that in all of the buildings some of the rooms required extra work.

"Crews have worked overnight and will be working 24 hours a day until the issues are resolved.

"Unfortunately, Rio 2016 expects this to take another few days.

"Rio is working hard to ensure that the on-going works do not disturb their preparations for the Games – preparations that will be taking place in fully checked top quality training venues.

"Rio has expressed its regret at any inconvenience that this may cause and we greatly appreciate the understanding of the National Olympic Committees at this time.”