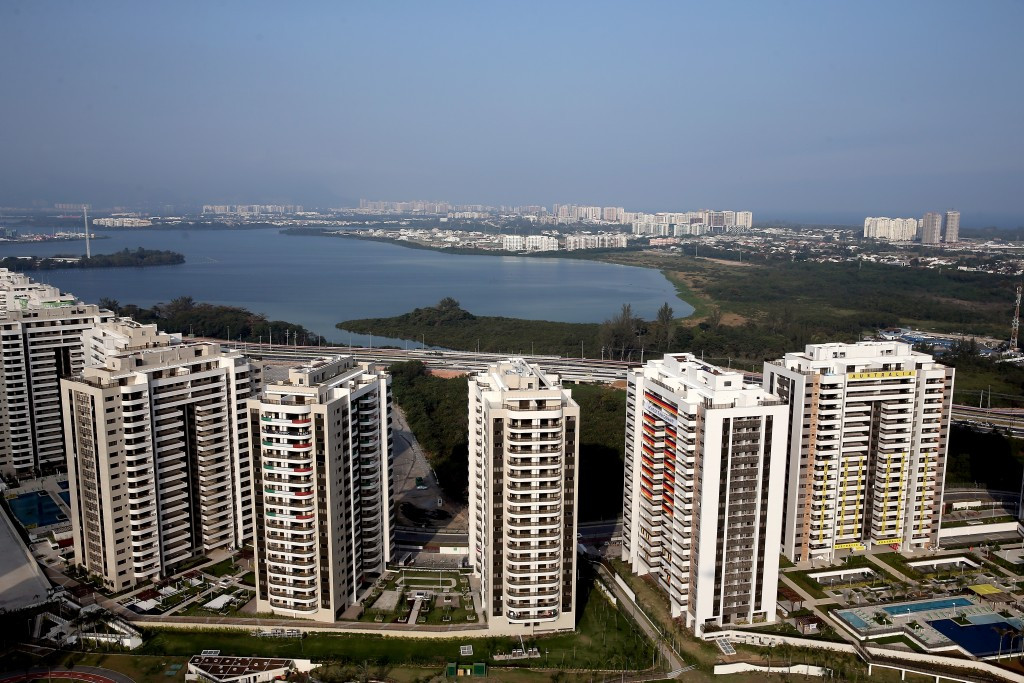 Australian athletes have moved into the Rio 2016 Athletes' Village today, but lingering concerns over poor facilities have included the Argentinian team accusing their neighbours Brazil of deliberately "sabotaging" their accommodation.

The Village in Barra de Tijuca, due to house 17,000 people during the Games, was described as "neither safe nor ready" by Australian Chef de Mission Kitty Chiller last week.

Athletes delayed their arrival due to these issues, while Rio Mayor Eduardo Paes provoked fury by quipping that perhaps they should put "a kangaroo in front of their building to make them feel at home".

Australian officials have, however, now praised organisers for addressing problems, and athletes from the sports of hockey, archery, gymnastics and shooting moved in today.

There are "still three plumbing issues in three different rooms", the Australian Olympic Committee said, but the situation is "progressing" and the Village is "fantastic".

Arriving athletes were greeted by both a replica kangaroo and an emu outside their apartments, although officials insisted this was nothing to do with Paes' comments, but a tradition also in operation at London 2012.

Many concerns are still held by other teams, however.

Diego Gusman, the head of the Argentina delegation, said that he feared that his country's section has been deliberately targeted.

Argentina are fierce sporting and political rivals with Brazil and are often booed when participating in sporting events there.

“We started by testing the lights, the water, and it was like the apartment exploded," Gusman told La Nación.

"There were leaks in the walls, on the ceiling.

“We even wondered if there may have been some sabotage, because how else do you explain blocks of cement in the plumbing?

"It’s a disaster and it’s the same across the whole Village.”

The team have already reserved separate accommodation elsewhere, should improvements not be made in time.

Sweden's football team has also reportedly cancelled its stay in the Village.

"We have 630 men working 24 hours a day to fix problems in the Olympic Village and to deliver flawlessly before the end of the week, probably on Thursday (July 28)," said Rio 2016 director of communications Mario Andrada.

"We are not ashamed of what has happened, but we are sad that not all the athletes have found [the accommodation] to their liking."

The British team are among those to have employed a plumber to help resolve any problems.

According to The Times, a Rio-based plumbing firm is being retained until the end of the Olympics so that it can "tackle any problems that may arise without having to go through the under-pressure local organisers".

Italy have also made similar appointments.

But many teams have praised the facilities, including from the United States, who have reported only "minor problems" which are no different to previous Games.

“We have 67 British athletes in the village and their experience so far has been wholly positive," added Scott Field, director of communications at the British Olympic Association.

"We are very happy with our accommodation situation.”