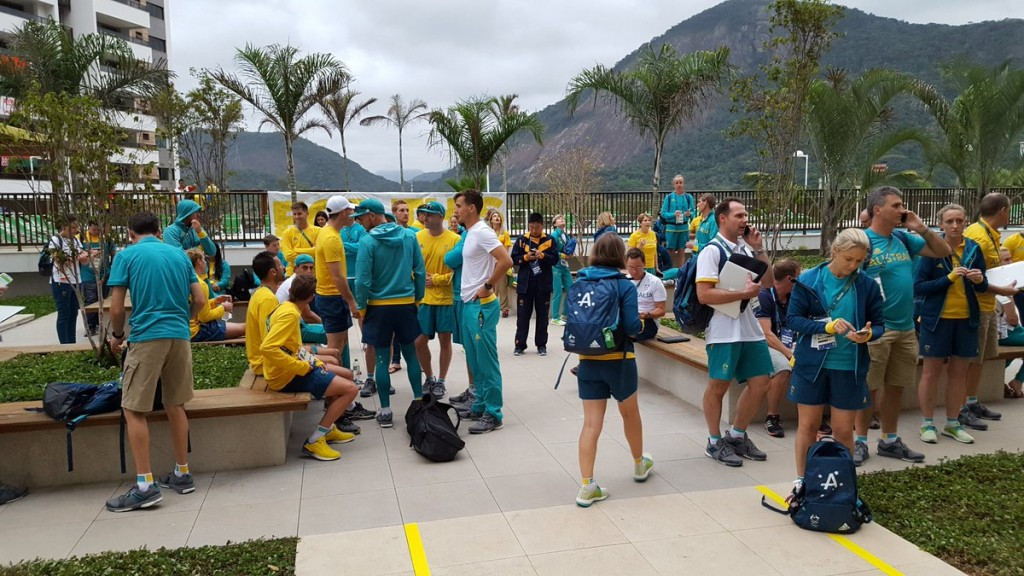 An investigation has been opened after a small fire erupted in the Australian building in the Rio 2016 Athletes' Village here today.

Around 100 athletes and officials were evacuated, the Australian Olympic Committee (AOC) said, although nobody was hurt.

No fire alarm was sounded, and staff were only alerted to the fire by the smell and sight of smoke.

The fire has since been put out by the emergency services.

This marks the latest of a series of problems in the Athletes' Village, with Australian athletes belatedly moving into their apartment three days later than planned due to concerns with facilities.

No definite cause has been given for what started the fire, although their are suggestions it originated due to discarded cigarettes by workmen in the basement of the neighbouring building.

It is also possible they deliberately turned the fire alarms off while conducting their work.

"At 4.40pm a small fire broke out in rubbish in the underground car park of Building 23 in the Olympic Village causing smoke to rise through the building," said an AOC statement.

"The AOC Emergency Response Plan was activated and approximately 100 athletes and officials were evacuated in an orderly and controlled fashion.

"The stairwells filled with smoke but the fire was confined to the car park and no one was injured.

"The fire was extinguished by the Fire Brigade and team members were allowed back into the building after about 30 minutes.

"An investigation is underway involving Rio 2016 and the AOC."

The Athletes' Village was described as "neither safe nor ready" by Australian Chef de Mission Kitty Chiller last week.

Rio Mayor Eduardo Paes worsened the situation further by quipping that all they needed was a kangaroo in the Village, although he has since met with the team following their belated.

Organisers and International Olympic Committee (IOC) officials had already insisted earlier this week that all remaining challenges would be addressed by today.

Other teams have hired local staff to alleviate problems, while the Argentinian team have accused their Brazilian neighbours of deliberate sabotage in their apartments.