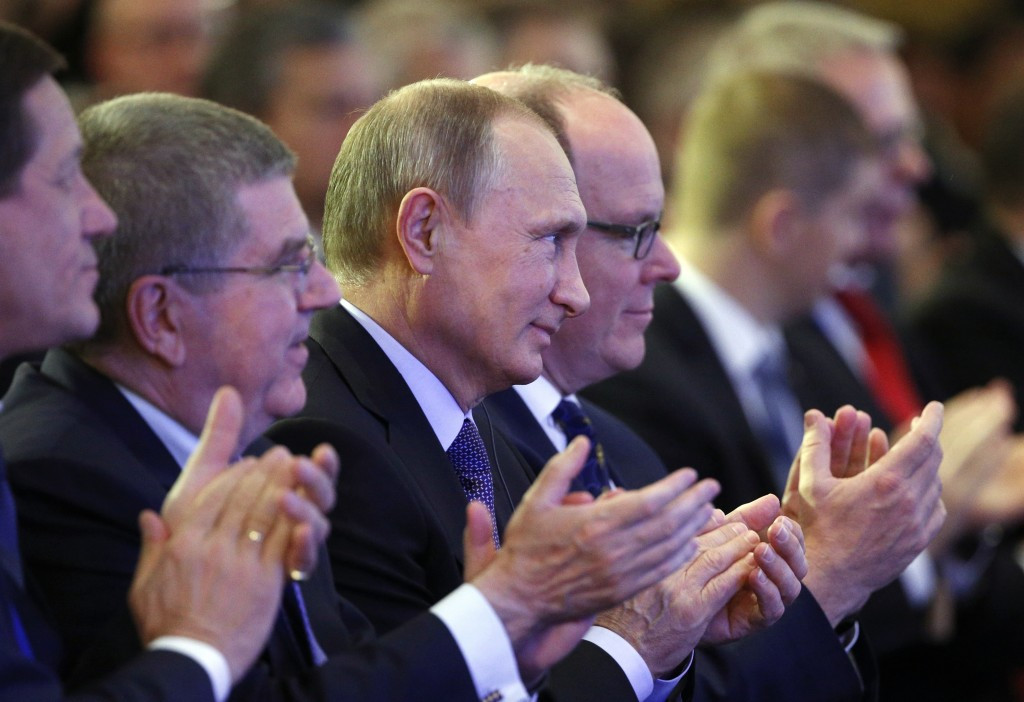 International Olympic Committee (IOC) President Thomas Bach has claimed they are not in a "position to sanction heads of state in any given country" after he was questioned as to why he has not criticised Russian officials, including Vladimir Putin, who have denied they are responsible for state-sponsored doping.

The German attempted to distance himself from Russia by claiming their priority is to "shed full light" and get to the bottom of allegations, which represent an "attack on everything we want to represent".

Officials from the level of President utin downwards have repeatedly dismissed the conclusions of the World Anti-Doping Agency (WADA) report and claimed them to be "politically motivated".

Bach claimed a sign of the tough stance adopted by the IOC was that Sports Ministry officials had been barred from attending Rio 2016, including Minister Vitaly Mutko.

"It is the right of everyone to express their opinions," he said.

"What is important for the IOC is that we want to shed full light on all the allegations.

"The IOC is not in a position to sanction heads of state in any given country."

Bach was speaking in response to a question from Hajo Seppelt, the German journalist who first made the allegations against Russian doping in athletics which led to World Anti-Doping Agency (WADA) launching the Independent Commission which found evidence of state-supported doping.

"We have seen the report of Mr [Richard] McClaren about the manipulation of anti-doping in Russia," Bach said.

"The rest of our work has to follow, the allegations that the [Russian] Ministers of Sport orchestrated such a system.

"The McClaren Report [revealed] a system.

"If this was applied like this [in Russia], it is an attack on everything we want to represent and our values."

Mutko has remained in his position, despite being effectively named as the mastermind of the scheme along with his deputy, Yuri Nagornykh.

Bach has been criticised for not responding to this.

But was quick to criticise Olympic discus champion Robert Harting, when he suggested Bach was "part of the doping system, not the anti-doping system" and that he was "ashamed" of him.

The former German Olympic Sports Confederation President responded by telling press agency Deutsche Presse-Agentur that "it is not acceptable to insult someone like that".

Bach has enjoyed a close relationship with Putin in the build-up to Sochi 2014 after he was among the first to phone and offer congratulations when he was elected President in 2013.

Many of Bach's recent decisions have been influenced by his desire to maintain these relations, critics claim.

He disputed this, however, and claimed he has not spoken to any Russian Government official since the publication of the McClaren Report, "not even in the days or weeks preceding it".

He certainly has, however, worked with Russian sporting officials.

It is Zhukov, attending the Olympic Summit in Lausanne in June, where it is thought he put forward the proposal that all Russians to have previously served doping bans would be barred from Rio 2016.

This is now being challenged in the Court of Arbitration for Sport by two Russian swimmers, Nikita Lobintsev and Vladimir Morozov, currently barred from Rio 2016 after being named in the McLaren Report.