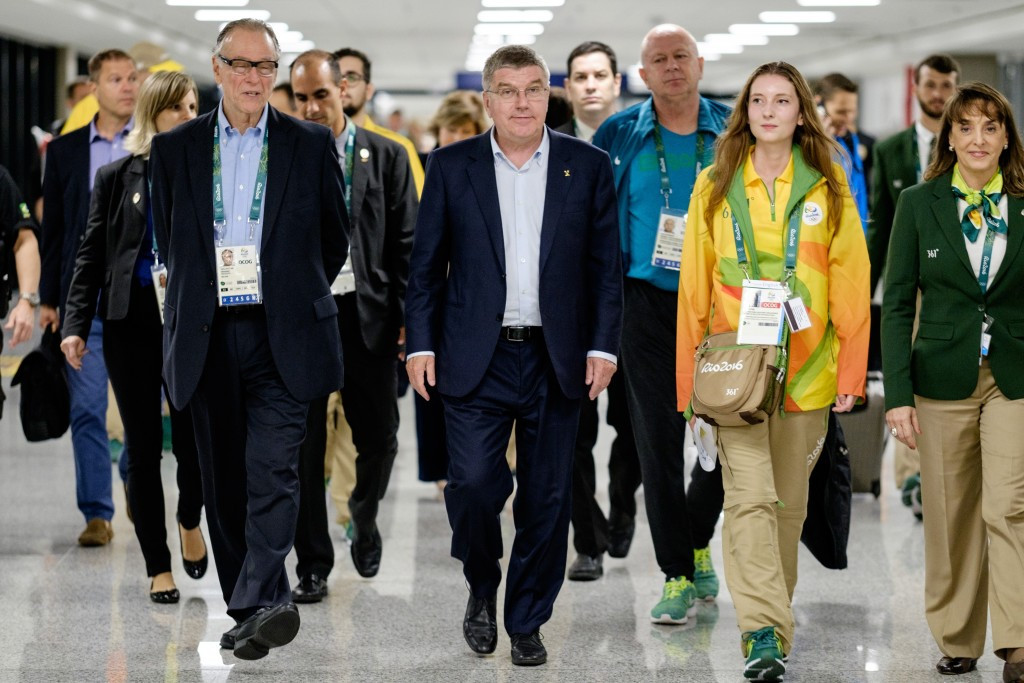 The IOC Executive Board on Sunday (July 24) asked International Federations (IFs) to ban Russians either implicated in Richard McLaren’s damning report, which uncovered the presence of a state-sponsored doping scheme at several major events spanning more than 30 sports, and those who had already served drugs bans.

Each IF are required to "carry out an individual analysis of each athlete’s anti-doping record, taking into account only reliable adequate international tests, and the specificities of the athlete’s sport and its rules" to decide on the eligibility of athletes in their sport.

More than 100 Russian athletes have so far been barred from competing at the Olympics in a number of sports, including swimming, canoeing, rowing, sailing and modern pentathlon.

Harting, a German like Bach, has claimed the IOC’s decision to opt against a blanket ban will lead to less protection for clean athletes with the three-time world champion becoming the latest Olympic athlete to oppose their ruling.

"For me he [Bach] is part of the doping system, not the anti-doping system," Harting told a news conference, as reported by Reuters.

"I cannot personally see it in any other way, because I am a strong anti-doping campaigner.

“Many officials have failed and they need to take a good hard look at themselves because at the end of the day they have failed in many ways.

"I am ashamed of Thomas Bach.

“I am personally ashamed, the whole thing is a pity."

Harting has been a vocal anti-doping campaigner and declined to be considered for the International Association of Athletics Federations (IAAF) World Athlete of the Year award in 2014 because he did not want to appear alongside candidates who have served doping bans, including United States sprinter Justin Gatlin.

Last year, he led a group of athletes posting a YouTube message saying the IAAF had “betrayed” them by failing to combat doping in the sport, which eventually led to the German being invited by the world governing body to visit their headquarters in Monte Carlo and see for himself the work they are doing.

The IAAF have banned Russia from competing at Rio 2016, a decision which was upheld at the Court of Arbitration for Sport last week, with long jumper Darya Klishina the only track and field competitor from the country due to feature in Rio, having supposedly been out of the Russian system.

Bach has strongly rejected Harting’s criticism and stated that the IOC had to make a difficult decision regarding Russia’s participation.

"It is an unacceptable lapse to insult someone who is not of the same opinion as you in such a manner," Bach told Germany's DPA news agency.

“We had to weigh up imposing punishment on a system and the extent to which you can hold athletes responsible for such a system.

"On the one hand the athletes bear collective responsibility for the system.

“On the other hand it gives athletes the possibility to show, by clearing very high hurdles, they weren't involved in the system.”

The close relationship of Bach with Russian President Vladimir Putin has been called into question after Russia escaped a blanket ban from the upcoming Olympics.

The IOC have also faced criticism for their decision to ban Russian whistleblower Yuliya Stepanova from Rio 2016, after they deemed her ineligible to compete as a neutral athlete due to her "long implication in a doping system".

Stepanova, who was banned for two years in 2013 following abnormalities in her biological passport, competing at the Games was viewed by many as key to encouraging more whistleblowers to come forward, but the IOC were required to rubber-stamp her participation at the Olympics.

Both Stepanova and her husband Vitaliy provided the key allegations which led to the suspension of Russian athletics team from international competition following the scandal over doping in their country.

The IOC have previously been accused of failing to act on information which was reportedly sent to them, but Bach claims the World Anti-Doping Agency (WADA) should have investigated.

"But I think it can be pointed out that the whole problem could have been avoided if WADA would have investigated the evidence from Mr Stepanov in 2010."