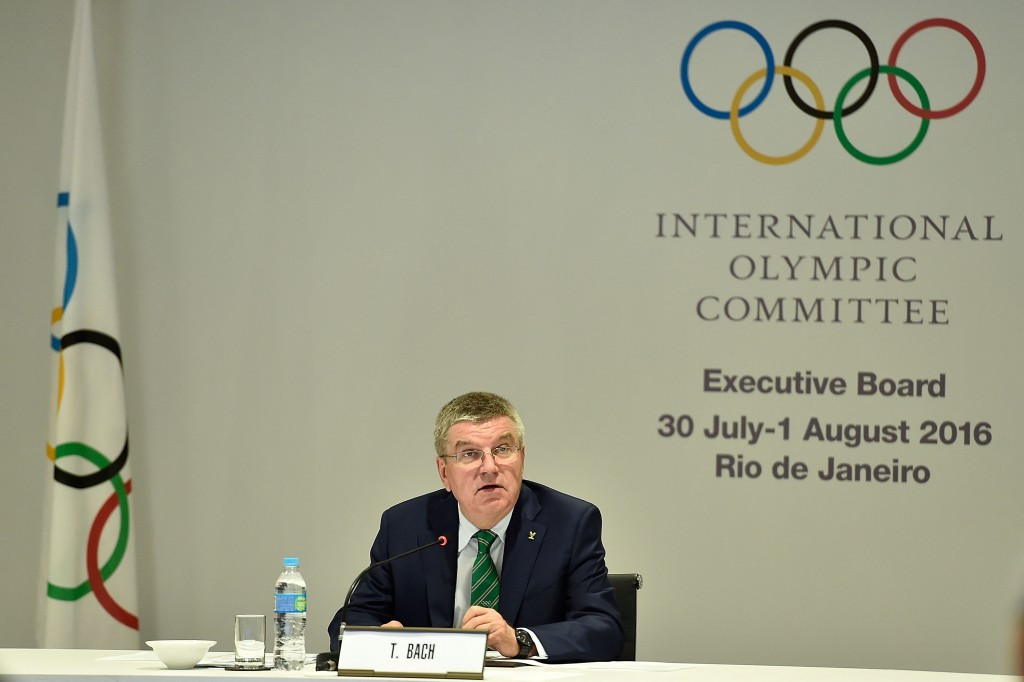 A three-person International Olympic Committee (IOC) Executive Board panel has been selected today to make final decisions on the eligibility of all Russian athletes competing at Rio 2016.

It will make rulings based on independent advice from arbitrators from the Court of Arbitration for Sport (CAS).

Only those who have been deemed eligible by International Federations will be considered, meaning those already barred have no means to gain a late reprieve.

The IOC claim this is a way to show that they have not relinquished responsibility to the International Federations and that they will make the ultimate decision on who competes.

They also rebuked suggestions that a panel consisting solely of Executive Board members will be fully impartial, suggesting they will predominantly be confirming decisions made by the CAS arbitrators.

They will be looking to check no athlete with previous doping convictions or who was implicated in the McLaren Report was selected, or if there is any other reason why they should not compete.

It appears more a fomality and a confirmation of decisions taken by the International Federations rather than a vehicle through which many will ultimately be rejected.

More than 250 Russians have currently been deemed eligible to compete.

All decisions are expected to be made before the Opening Ceremony here on Friday (August 5).

Both Erdener and Samaranch are close allies of IOC President Thomas Bach.

Bokel is seen as someone who can represent the views of athletes.

Erdener is a also a member of the World Anti-Doping Agency (WADA) Foundation Board, as well as President of World Archery.

He is also from Turkey, a country which has recently suffered tense diplomatic relations with Russia but which have thawed dramatically in recent days following the failed coup in Ankara.

Unlike WADA President Sir Craig Reedie, who was barred from participating in the IOC decision on Russian eligibility last week, it was ruled Erdener does not have a conflict of interest.

According to IOC Presidential spokesman Mark Adams, this is because Erdener, unlike Sir Craig, has not made his opinions known.

Today's meeting followed a week of huge criticism for the IOC after their contentious decision not to hand Russian a blanket ban from Rio 2016, despite the damning allegations of state-sponsored doping published in the WADA-commissioned McLaren Report.

WADA had been among bodies calling for Russia to be barred from Rio 2016.

In total, 119 Russians have so far been declared ineligible, including 68 in athletics and the entire weightlifting team.

Adams claimed the IOC were not bothered by the criticism and that they made decision based on "principal rather than selective public opinion".

Bach has been particularly challenged in his native Germany, where Olympic discus champion Robert Harting suggested he was "part of the doping system, not the anti-doping system" and that he was "ashamed" of him.

Bach responded by telling press agency Deutsche Presse-Agentur that "it is not acceptable to insult someone like that".

When asked today why Bach had felt the need to respond to these comments, but not the frequent dismissals of the McLaren Report by Russian officials, Adams suggested this was because he "had not been asked".

Adams also insisted that the IOC had made a final decision to bar doping cheat turned whistleblower Yuliya Stepanova from the Games, and would not be persuaded to change their mind.

A petition calling for the 800 metres runner to be allowed to compete here in order to encourage other whistleblowers to come forward has so far been signed by more than 65,000 people in less than three days.

The Executive Board meeting has now finished a day early.

Bach due to speak at a press conference here tomorrow.

Russian Olympic Committee President Alexander Zhukov was not present, the IOC said, despite being down to deliver a presentation as head of the Coordination Commission for the Beijing 2022 Winter Olympics and Paralympics.