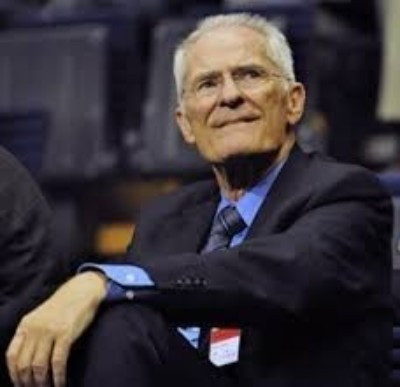 Gäb, a former Board member of the German Olympic Sports Confederation (DOSB) and President of the European Table Tennis Union, has returned the Olympic Order he received in 2006 in protest.

The Order is the highest award of the Olympic Movement and is only awarded for "particularly distinguished contributions".

"l am outraged to the highest degree, as the IOC with Bach at the top of the sport can degenerate into a political football," Gäb, also a former head of the German Sports Aid Foundation, told Rheinische Post.

"I do not want the award of an organisation which betrays the ideals of sport.

"The IOC tolerated in an unprecedented way the criminal acts of the Russian Olympic Committee, which has made with the help of state and intelligence doping."

The IOC decided not to hand Russia a blanket ban from Rio 2016 following allegations of state-sponsored doping over the last year.

It culminated last week in the explosive McLaren Report, in which a "Disappearing Positive Methodology" was outlined in which tainted samples were allegedly been switched for clean ones.

The IOC claimed they were prioritising "individual justice over collective responsibility" by opting against a ban, but others claim the decision was politically motivated due to the strong relations between Bach and Russian President Vladimir Putin.

Germany's Olympic discus champion Robert Harting claimed following the decision that Bach is "part of the doping system, not the anti-doping system" and that he was "ashamed" of him.

"In my eyes, Bach can be bought politically," said the skater, who has also been banned for doping herself, to German news agency SID.

"He is lying to the world when he preaches publicly that it is necessary for every athlete to be presumed innocent."

Gäb criticised the "supreme guardians of the Olympic principles" for flouting their values.

He said that the IOC had deliberately waited before acting until it was too soon before the Olympics to seriously justify a ban.

"Sport thrives off decency, fairness, cleanliness and compliance with the rules," Gäb added.

"If all this is not or no longer seriously committed feels, then sport will eventually be only an arbitrary, doping contaminated operation dependent on power politics."

Gäb said: "I understand well that sometimes you have to be resilient.

"If Hörmann would have said, 'I would have liked because can imagine a different decision,' he would get away with it, but to say, 'This decision is fair and just', is a slap in the face for all the people who are seeking a clean sport."

Bach is continuing to face huge criticism for the IOC decision, particularly in Germany.

In public, he is continuing to remain positive and defensive of the decision, but an indication that he is feeling the pressure was given when he responded vehemently to Harting's comments, telling press agency Deutsche Presse-Agentur that "it is not acceptable to insult someone like that".