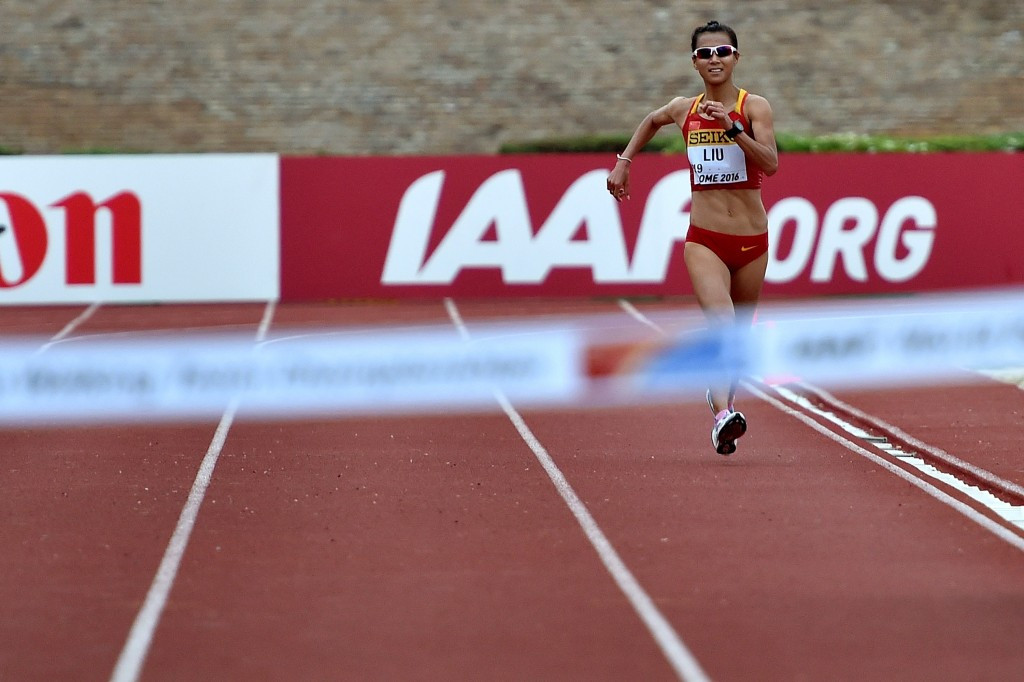 Liu Hong, the world 20 kilometres race walking champion and Olympic gold medal favourite, has been cleared to compete at Rio 2016 after serving a ban of just one month following a failed drugs test in May.

She was stripped of her individual title and banned from competition between June 13 to July 13, the IAAF announced in their latest list of sanctioned athletes.

This means the athletes is free to compete in the 20km walk event here on August 19.

insidethegames understands that the 29-year-old failed for dietary supplement higenamine.

The substance, referred to in the World Anti-Doping Agency (WADA) Prohibited List as a beta2 agonist, is “specified”, meaning athletes are eligible for a reduced sanction.

France and Liverpool footballer Mamadou Sakho also failed for the same substance this year, with continental body UEFA eventually dismissing the case amid confusion over whether the substance was banned.

The director of the WADA-accredited laboratory in Cologne had allegedly told Sakho the substance was not banned, only for WADA to then claim it was.

There was thus found to be an absence of "significant negligence" on Sakho's part, although WADA were thought to oppose this verdict.

In this case, the Chinese Athletics Association gave Liu a disqualification after a recommendation from the Doping Review Board have, and a sanction which is equal to her period of provisional suspension.

She has been stripped of her results from the World Team Championship, although China will retain their team title as they would still have won the gold medal without her.

The IAAF have amended the result on their website but have not changed the report to take into account Liu's disqualification, nor give proper credit to Gonzalez.

"Having produced the most dominant performance of the day, Liu looks well on her way to completing her grand slam of titles at the Rio Olympics later this summer," the report concluded.

In the results no reason is given for Liu's disqualification.

Swimming authorities received huge criticism in November 2014 after it emerged that Chinese Olympic champion Sun Yang had secretly served a three month ban from May of the same year after failing for banned stimulant trimetazidine.

Race walking continues to have a terrible reputation after virtually the entire Russian team have been implicated in doping scandals, including Beijing 2008 women's 20km walk champion Olga Kaniskina, one of Liu's biggest rivals.

insidethegames has contacted the IAAF and WADA for an explantation.

Schwazer, winner of the 50km title at Beijing 2008, served a four year ban after admitting to using erythropoietin before London 2012.

He returned to action this year with a shock gold at the same Race Walking World Cup event won by Liu, only for it to then emerge on June 22 that he had failed for testosterone following the re-test of a urine sample taken on January 1.