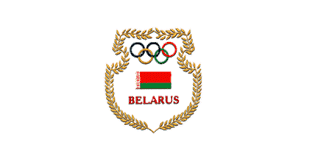 Belarus will not compete in the canoe and kayak events at next month’s Olympic Games in Rio de Janeiro after the Court of Arbitration for Sport (CAS) dismissed their appeal against a one-year suspension imposed by the International Canoe Federation (ICF).

The ICF banned Belarus and Romania from participating in major competitions after mass doping failures from both countries.

According to the National Olympic Committee of the Republic of Belarus (NOC-RB), the CAS have thrown out their appeal, ending their hopes of taking part in the canoe and kayak disciplines at Rio 2016.

Following the decision of the CAS, the NOC-RB issued a scathing statement on their website, in which they threatened to take further legal action against “individual members” of canoeing’s world governing body in the Swiss civil courts.

“The Belarusian side will continue to fight for the rights of its clean athletes and focus on the defence of the interests in CAS in Lausanne and will continue to work with the competent international sports figures,” the statement read.

“We will also explore the possibility of further action in the legal field in relation to the ICF and its individual members as part of additional civil proceedings in the Swiss courts.”

The wide-ranging statement also accused the ICF of “clearly and systemically” pushing for their team to be banned from the Olympics, while claiming they had been the victim of an “attack” from the organisation.

The NOC-RB labelled the charges of widespread doping within their canoe and kayak teams as “absurd” and insisted the ICF had no evidence to support their claims.

The decision of the CAS was made because the ICF had already reallocated the quota places due to the suspensions of Belarus and Romania, the NOC-RB said.

“Unfortunately, the Court did not take into account any factual data provided by the Belarusian side, which proves the innocence of the all members of the Belarusian delegation.

“It is significant that the ICF has consistently rejected all our constructive requests to use the expedited procedure for this case in the Court or for stay the decision until the actual hearing is held.

“All actions of the ICF, starting from the idea of the attack on the Belarusian team until today, have not left the Belarusian athletes proper time to protect their interests – the ICF clearly and systematically pushed its’ intention not let Belarus Senior Men’s Canoe and Kayak Team to take part in the Rio Olympic Games.”

French newspaper Le Monde reported that five members of the Belarus canoe sprint team had failed for meldonium during a training camp, including brothers Andrei and Aliaksandr Bahdanovich, the C2 1000m Olympic champions at Beijing who won silver four years later in London.

The news has been reacted to furiously in Belarus, particularly due to controversy surrounding meldonium since the World Anti-Doping Agency (WADA) admitted more information was required to ascertain how long it remained in the human body following it being outlawed on January 1.