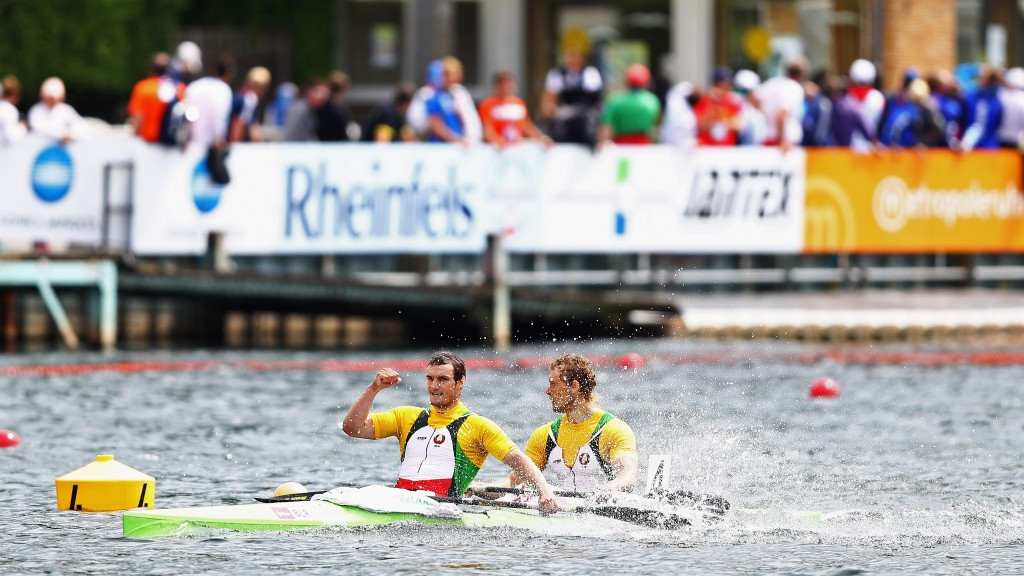 Belarus has vowed to appeal to the Court of Arbitration for Sport (CAS) following the "groundless" and "meaningless" decision of the International Canoe Federation (ICF) to hand the team a one-year suspension.

Suspensions were handed to both the Belarussian and Romanian teams by the ICF Executive Board last week in order to maintain a "zero tolerance" approach after mass failures from both countries.

Both squads are therefore set to miss next month's Olympic Games in Rio de Janeiro.

French newspaper Le Monde reported that five members of the Belarus canoe sprint team had failed for meldonium during a training camp, including brothers Andrei and Aliaksandr Bahdanovich, the C2 1000m Olympic champions at Beijing who won silver four years later in London.

The news has been reacted to furiously in Belarus, particularly due to controversy surrounding meldonium since the World Anti-Doping Agency (WADA) admitted more information was required to ascertain how long it remained in the human body following it being outlawed on January 1.

"We believe that the decision of the ICF Executive Board, which was made based on the police search of the Belarusian National Team during the training camp in Temple-sur-Lot, is absolutely groundless and made on the meaningless basis," said a joint statement by the National Olympic Committee of the Republic of Belarus together with the Ministry of Sports and Tourism.

"By the moment, none of the National Team members was pressed any charges in this regard, there were no hearings, guilt of the athletes and coaches was not established and the principle of presumed innocence was strictly violated.

"We should make a note that obviously the members of the ICF Executive Board delayed this decision on purpose.

"They knew that the deadline for the final sport entries for the Olympic Games is July 18, 2016 and there will be no time to appeal to the court and protect the legitimate rights of the Belarusian athletes."

A formal appeal is being prepared for the morning of July 18, before criticising the ICF for their "surprising" approach, before threatening to withdraw from hosting the Junior and under 23 World Championships later this month.

"The Belarusian side states that it reserves the right to take the most decisive actions in connection with the planned 2016 ICF Junior & U23 Canoe Sprint World Championship in Minsk this July."

This comes as Belarus' neighbour Russia faces a possible blanked ban from Rio 2016 due to the release of a report into state-sponsored doping during the Sochi 2014 Winter Olympics.

Belarus has a similarly terrible doping record, but claims to be the victim of a witchhunt due to the lack of, what they believe, is any conclusive evidence.

A letter has also been sent to the IOC Executive Board and its President, Thomas Bach, by Belarus' Olympic champions, urging them to "honour their principles of fair play".

"With no evidence, facts and charges required to exclude them, however, the ICF Executive Board made an unprecedented decision to impose a one year suspension on our athletes – one of the most promising Canoe athletes on the planet, and therefore denied their right to compete in Rio", they claim.