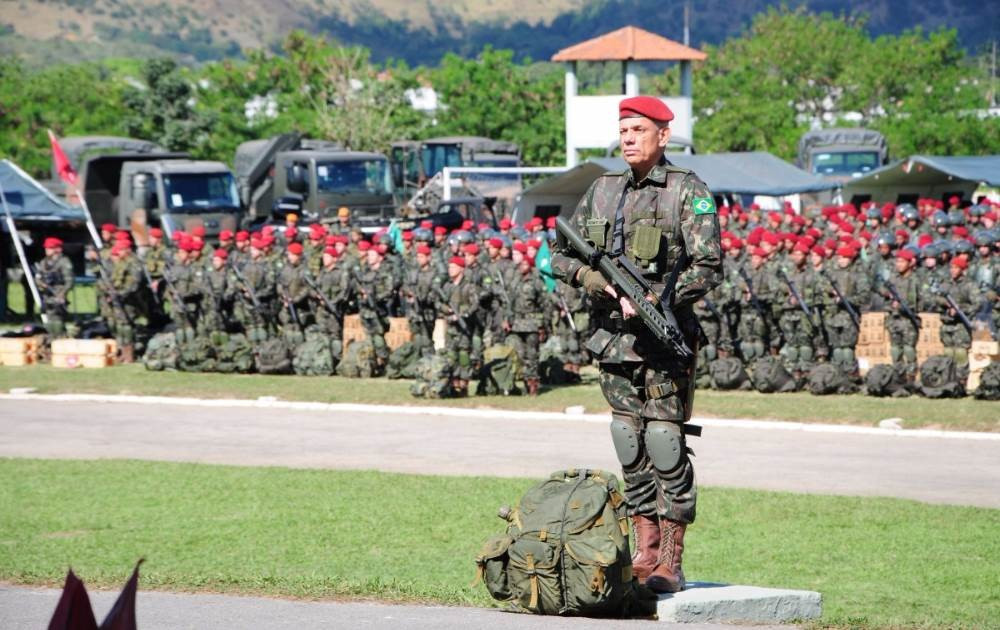 The Brazilian Government has granted the country's armed forces a cash injection of BRL$78 million (£17.8 million/$24 million/21.5 million) to help with security efforts during next month’s Olympic Games in Rio de Janeiro, it has been announced.

The extra funding comes after a request from the Ministry of Defence for the Government to make more money available for the extensive security operation due to be in effect at Rio 2016.

“It is the amount needed for the defence forces to carry out their duties and it will be available,” Sports Minister Leonardo Picciani said.

Organisers have confirmed around 88,000 soldiers, police officers and other security staff will be deployed for the Games, representing a significant increase on those which policed London 2012.

Soldiers have taken part in their first exercises earlier this week as they prepare to begin patrolling the venues due to be used for the Olympics from July 24.

According to Rio 2016, there will be a “strong and visible” presence of military on roads, at railway stations, airports and in major tourist areas, as well as competition venues across Rio 2016, during the event.

The funding boost follows criticism from Rio de Janeiro’s Mayor Eduardo Paes, who claimed the Rio State Government had done a “terrible” and “horrible” job of ensuring security in the city, particularly regarding violent crime.

Security has long been seen as one of the key concerns of organisers and local officials, with Rio 2016 chief executive Sidney Levy admitting “security is at the top of my list” of worries for the Games.

“We should never forget that these days we live in a society that's very in danger,” he said.

Fears over how safe Rio de Janeiro will be when the first edition of the Games to ever be held in South America gets underway have escalated recently after police in the city threatened to go on strike during the Olympics and Paralympics.

Widespread protests took place at the Rio Galeão-Tom Jobim International Airport last month in which demonstrators held a large sign carrying the English message “Welcome to hell: police and firefighters don’t get paid. Whoever comes to Rio de Janeiro will not be safe".

The city also remains embroiled in a deep financial crisis, which has coincided with rising levels of crime.

A number of athletes have been targeted as they train for the Games in Rio.

Australia's six-time Paralympian Liesl Tesch was robbed at gunpoint close to the Guanabara Bay sailing venue in June, while members of both the Spanish and British sailing teams have also been the victims of crime.

Terrorism is also a concern for the city, with Rio de Janeiro's security chief Jose Mariano Beltrame admitting it was their "number one" worry in the wake of the terrorist attacks in Paris, which is bidding for the 2024 Olympics and Paralympics, in November.

Those fears have heightened after French intelligence officials said they had been tipped off about a planned attack by a Brazilian Islamist on the country’s delegation at Rio 2016.

The world remains on red alert after another terrorist attack in France yesterday, where 84 people were killed when a lorry driver drove into crowds of people celebrating Bastille Day on the Promenade des Anglais in Nice.