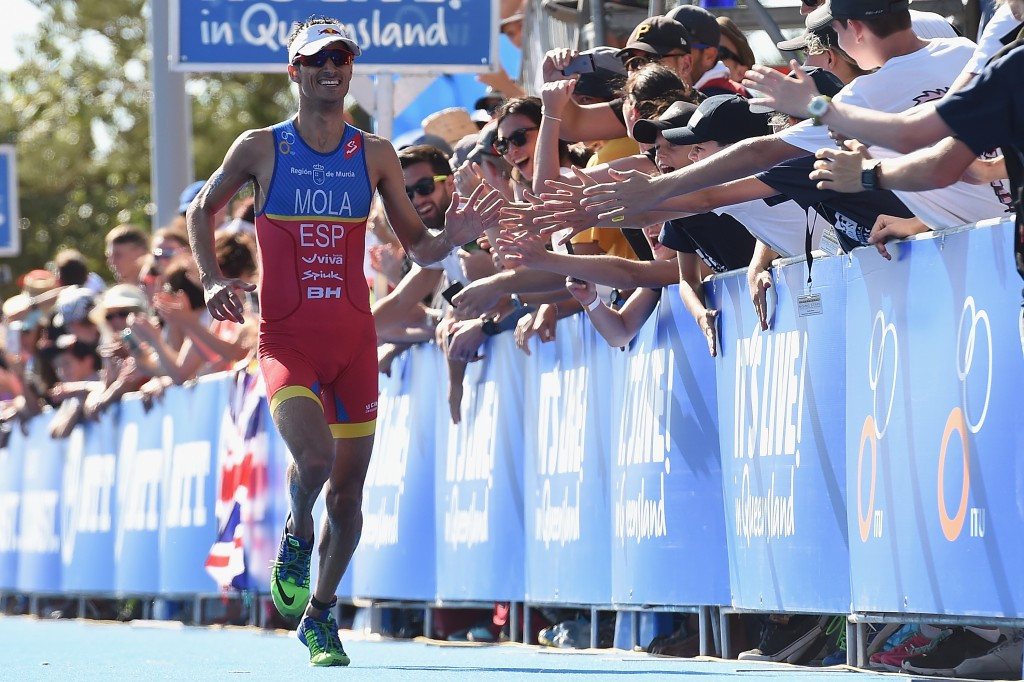 Spanish triathlete Mario Mola has claimed it is “important” to keep water quality concerns in mind ahead of next month's Olympics Games in Rio de Janeiro but believes, with the correct preparation, athletes should not be affected.

Fears over the quality of water have been raised in the build up to Rio 2016, with a report claiming in June that drug-resistant "super-bacteria” had been found at several beaches across the host city.

In 2014, researchers from the Oswaldo Cruz Institute found traces of the bacteria Klebsiella pneumoniae carbapenemase in samples taken from Flamengo Beach, which is capable of causing urinary, gastrointestinal and pulmonary infections and often sends victims to hospital.

According to Reuters, microbes were present at the Copacabana, Ipanema, Leblon, Botafogo and Flamengo beaches, with the latter two said to be the worst affected.

Reports claimed that 100 and 90 per cent of samples at the two beaches had tested positive.

There had been concerns over the cleanliness of the water for the 1500 metre swim in the build-up to last year’s test event, which took place off the shore of Copacabana beach, where the Olympic swimming section will also take place.

However, no triathletes were reported to have had any adverse reactions after the races.

Mola, winner of three World Triathlon Series races this season, hopes the positive outcome of the test event will be repeated, but admitted that it is important to be aware of the potential risks.

“We went there last year and [had] the same doubts and concerns, but at the end nothing happened that any of the athletes that raced noticed,” the 26-year-old said at the Hamburg World Triathlon Series press conference here today, when asked by insidethegames.

“I think it is important that we have it in mind and we have the right preparation.

“We have to be aware about the water, not only the water in the ocean but running water as well.

“Hopefully it does not go any further than last year, when we had a doubt and we thought about it, but at the end it was okay.”

Mola’s view was echoed by American Gwen Jorgensen, the red hot favourite for the gold medal in the women’s event at Rio 2016, after winning seven World Series races en-route to claiming the world title last year.

The American believes measures put in place for triathlon competition will ensure the water quality will be at a clean enough level to have no impact on the triathletes.

“Every race we go to, the water has to be a certain quality for us to compete and those measures will still be there in Rio,” said Jorgensen, winner of the women’s test event in Rio last year.

“For me, I am still preparing and focusing on training and getting on the start-line.

“I am excited to compete.”

Sailing has been the main sport concerned with the quality of the water in Rio de Janeiro, with pollution in Guanabara Bay, where action will take place, having been among the major concerns blighting organisers in the run-up to the Games.

Earlier this month two sailors alleged that an oil slick had altered the colour of their boat and stated there was nothing they could do about it.

World Sailing claimed in May that they were encouraged by improving water quality at Guanabara Bay, having been given a detailed briefing.

Their head of competitions Alastair Fox, who was part of the delegation to the venue, claims to be confident that they had the “right plan in place to deliver a field of play that is safe and fair”.