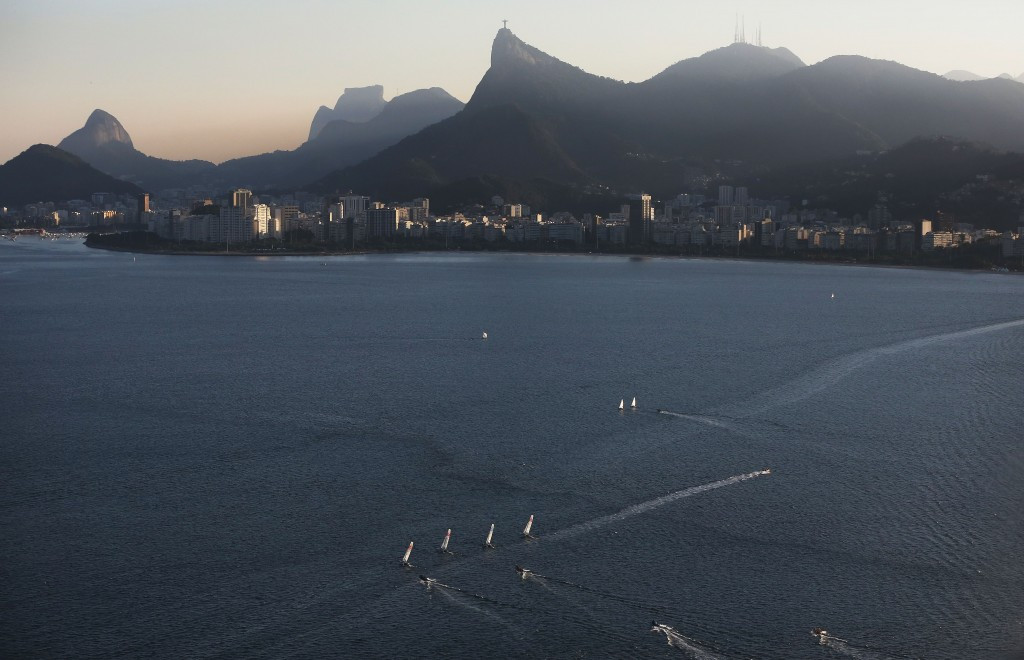 Concerns over the water quality at the Rio 2016 sailing venue on Guanabara Bay have risen after sailors complained about an oil slick when practicing ahead of the Olympic and Paralympics Games.

Pollution in the Bay has been among the major concerns blighting organisers in the run-up to the Games, with cleaning up Guanabara promised as a major legacy project.

Several illnesses were reported after the Rio 2016 test event in August.

In February, a human arm was reportedly pictured floating in the water.

Finnish sailors Camilla Cedercreutz and Noora Ruskola, who are due compete in the women’s 49erFX competition at the Olympics, have now complained about the oil in the Bay.

The pair claimed that the substance has resulted in their boat being stained, after they had completed a training session on Sunday (July 3).

"We've never seen anything like this, it was all over the place," Cedercreutz told the Associated Press.

“But there's nothing we can do about it."

The claims are another blow to organisers ahead of the Games.

A report, three weeks ago, alleged that drug-resistant "super-bacteria” had been found at several beaches across the city.

In 2014, researchers from the Oswaldo Cruz Institute found traces of the bacteria Klebsiella pneumoniae carbapenemase in samples taken from Flamengo Beach, which is capable of causing urinary, gastrointestinal and pulmonary infections and often sends victims to hospital.

It was found close to the Marina de Glória on Guanabara Bay.

Last week, parts of a mutilated body have been discovered on Copacabana beach, just yards away from the site of the beach volleyball venue for this year's Olympic Games.

World Sailing claimed in May that they were encouraged by improving water quality at Guanabara Bay, having been given a detailed briefing.

Their head of competitions Alastair Fox, who was part of the delegation to the venue, claims to be confident that they had the “right plan in place to deliver a field of play that is safe and fair”.