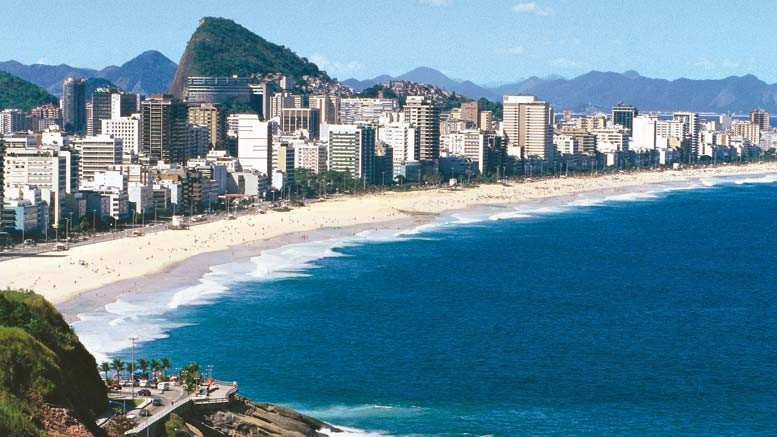 Pollution worries have once again risen ahead of the Rio 2016 Olympic Games after a report claimed that drug-resistant "super-bacteria” has been found at several beaches across the city.

In 2014, researchers from the Oswaldo Cruz Institute found traces of the bacteria Klebsiella pneumoniae carbapenemase (KPC) in samples taken from Flamengo Beach, which is capable of causing urinary, gastrointestinal and pulmonary infections and often sends victims to hospital.

It was found close to the Marina de Gloria on Guanabara Bay, where sailing competition is due to be held at the Olympics.

Concerns have continued at the venue in the build-up to the Games, despite the clean-up of the Bay having been promised as a major legacy project.

World Sailing claimed they were “encouraged” about progress made at the site last month, but two studies have now alleged that "super-bacteria” has been found at five separate beaches in the city which is bound to cause concern.

According to the news agency Reuters, a study from the Interscience Conference on Antimicrobial Agents and Chemotherapy in San Diego found that microbes were present at the Copacabana, Ipanema, Leblon, Botafogo and Flamengo beaches.

The latter two were found to be the worst affected with reportedly 100 and 90 per cent of samples at the two beaches having been positive for microbes respectively.

Copacabana, the iconic Rio landmark where beach volleyball will be held at the Games, was least affected with 10 per cent.

Oswaldo Cruz Institute also reportedly found super bacteria at the Rodrigo de Freitas lagoon - which will host Olympic rowing and canoeing - and a river which filters into Guanabara Bay.

Both studies are expected to be published next month, but are both based on data collected from between September 2013 and 2014.

Despite the samples being collected nearly two years ago, Reuters quoted Renata Picao, a professor at Rio's federal university, as claiming that they had seen no advance in sewage infrastructure.

The studies will intensify concerns heading into the Games, particularly regarding Guanabara Bay.

There could also be fears about the open water swimming and triathlon events, which are due to take place off Copacabana.

According to Reuters, Rio state's Inea environmental agency responded to the studies by stating that they follow “the World Health Organization's recommendations for testing recreational water safety, and that searching for super bacteria is not included in that.”