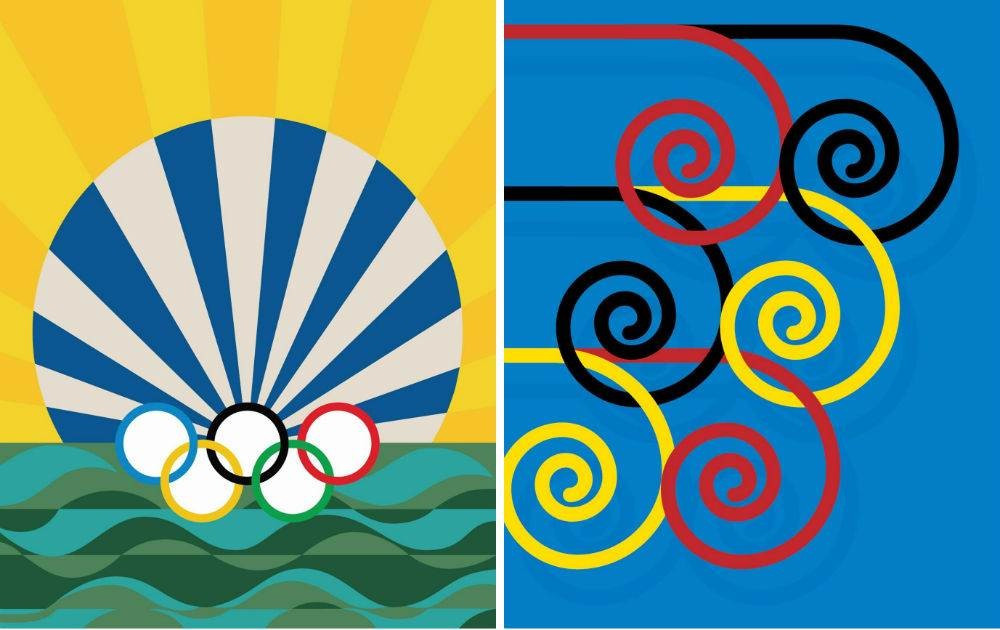 The official posters for the Rio 2016 Olympic Games have been unveiled at the host city’s iconic Museum of Tomorrow.

Thirteen artists have created images that will become part of the Olympic Movement's history.

Cardia, who worked in partnership with street artist Geleia da Rocinha, said they were inspired by the relationship between athletes and the sea.

"Rio is a natural Olympic city," he said.

The Rio 2016 posters will be exhibited at the Museum of Tomorrow in Praça Mauá, the centrepiece of the city's rejuvenated waterfront region, until July 22.

They will then be moved to the Deodoro Olympic Park, which will host 11 Olympic events, including rugby sevens, BMX cycling, hockey, canoe slalom, shooting and equestrian.

"You have Brazil and the Games represented in very different ways, from the child with the kite, to the Torch, the Olympic Rings, and so on," said Carla Camurati, Rio 2016’s culture director.

Official posters have been a tradition of the Olympics since the first ones were produced for the 1912 Games in Stockholm.

They are selected by Organising Committees and remain as historical artifacts of each edition of the leading international sporting event.

In an interview with The Guardian, Paes admitted that the country’s image was being affected by political scandals, while the final preparations ahead of the Games have been beset by numerous other problems, including concerns over the Zika virus.