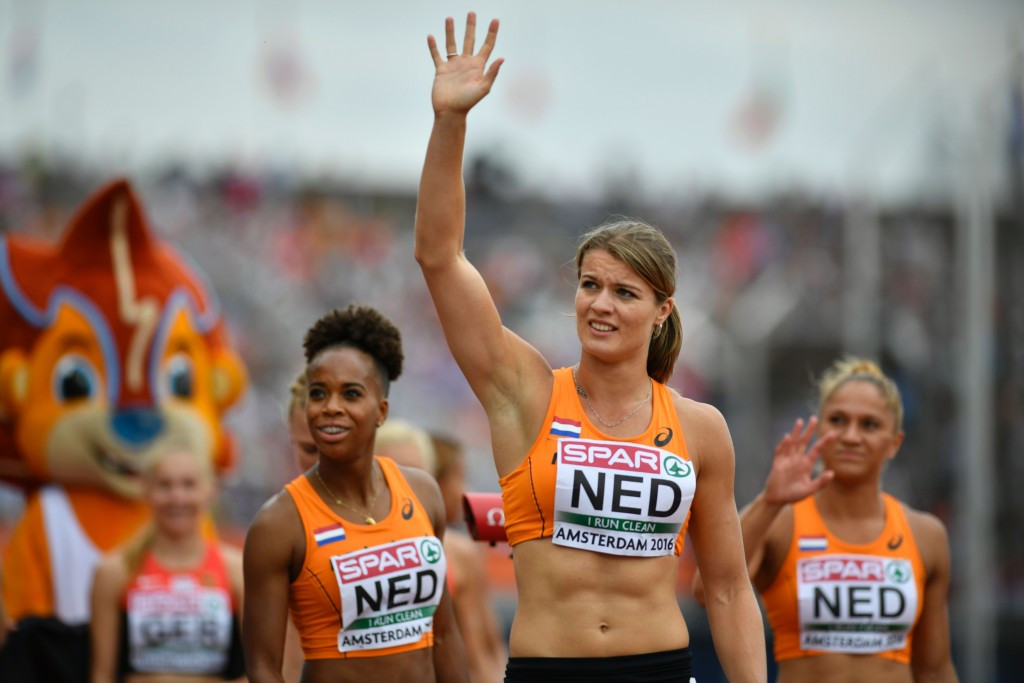 Three victories on the final day of the 23rd European Athletics Championships here - from Adam Kszczot over 800 metres, Angelika Cichocka in the 1500m and hammer thrower Pawel Fajdek - moved Poland to the top of the medals table with a total of six golds.

The Netherlands' fourth and final gold arrived after their poster girl Dafne Schippers contributed a super-charged second leg which set up the Dutch women’s 4x100m team for gold in a national record of 42.04 ahead of Britain.

Britain’s men’s 4x100m team produced a smoothly executed series of baton exchanges – not a British speciality over the years – to come home for gold in 38.17, with France second in 38.38 ahead of Germany, in 38.47.

The women’s 1500m, won by Cichocka from home favourite Sifan Hassan. was one of the most extraordinary “tactical” races in championship history, resembling an athletic version of a slow bicycle race for the first kilometre before flaring into life.

Having passed 400m in 83.15, and 800 in 2:46.05, the race accelerated and Hassan, whose preparations since winning the world indoor title in March have been affected by injury, took up a lead which she held into the final straight.

But the taller and more powerful Pole moved past on the outside to win in 4:33.00.

It was the slowest winning time ever at since this event was first run at the Europeans in 1969, the previous slowest being 4:18.78 in 1994.

Hayle Ibrahimov’s hopes of winning a first European medal for Azerbaijan in the 5,000m,  raised as he led from 1000m all the way through to the home straight, vanished in the final 50m as five runners flowed past him.

Once the photo-finish had been consulted, Spain’s Ilias Fifa emerged as winner in 13:40.85, on thousandths of a second from compatriot Adel Mechaal, who was given the same time.

Astonishingly the bronze medallist, Richard Ringer of Germany, was also timed at 13:40.85, just 0.01 ahead of the previous night’s winner of the 1500m bronze, Henrik Ingebrigtsen.

Sarah Petersen became the first Danish woman to win a European title in the history of the event as she maintained her lead down the home straight to come home in a season’s best of 55.12sec in the women’s 400m hurdles final.

Joanna Linkiewicz of Poland followed her home in 55.33, with Switerland’s Lea Sprunger claiming bronze in 55.41.

Gesa-Felicitas Krause of Germany took the women’s 3000m steeplechase title in 9:18.85, the fastest run by a European this year, with Albania’s Luiza Gega winning her country’s first ever European medal as she claimed silver in a national record of 9:28.52.

Bronze went to Ozlem Kaya of Turkey, who had tried in vain to bridge the gap from the pack, in 9:35.05.

Kszczot, Poland’s defending 800m champion, produced a characteristically smart and sharp display to defend his title in 1:45.18, moving to the front around the final bend after home runner Thijmen  Kupers, hoping to run something out of the super-fast finishers behind him, had led from the start.

Twenty metres from the line Kszczot looked over his shoulder, but he had done enough.

His team-mate Marcin Lewandowski took silver in 1:45.54 ahead of Elliot Giles of Britain, who was given the same time as he won a surprise bronze in a personal best ahead of world bronze medallist Amel Tuka and France’s Pierre-Ambroise Bosse, who respectively clocked 1:45.74 and 1:45.79.

Britain had been targeting a double gold finale to these Championships as their men’s and women’s 4x400m teams had qualified fastest.

The women came good, with individual bronze medallist Anyika Onuora helping to create a 30m lead that was still 10 metres as Seren Bundy-Davies brought the baton home from France in 3min 25.95sec, the fastest time run in the world this year.

But Hudson-Smith’s habitual panache vanished as Belgium’s 2010 European champion Kevin Borlee came past at speed 30m from the line, with Poland’s Rafael Omelko in train and he staggered as he attempted to respond.

Belgium – who also fielded Borlee’s brothers Jonathan and Dylan – rounded off a family triumph in 3:01.10, the fastest European time this year.

David Storl of Germany won his third European shot put title with a best of 21.31, the best European mark of the season, as the expected challenge of Poland’s 19-year-old world junior record holder Konrad Bukowiecki failed to materialise in a telling fashion.

Bukowiecki was fourth in 20.58 as his fellow countryman Michal Haratyk won silver with 21.19 and bronze went to Tsanko Arnaudov of Belarus with 20.59.

A Portuguese record of 14.58 earned Patricia Mamona the triple jump title ahead of Hanna Minenko of Israel, 14.51, and Paraskevi Papahristouo of Greece, with 14.47.