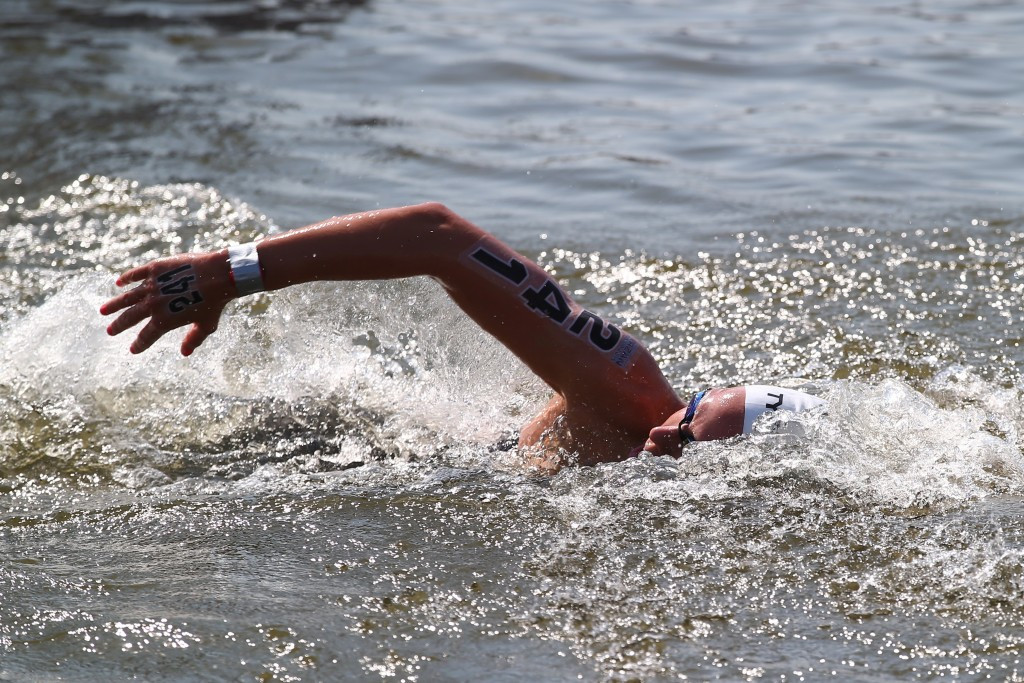 France’s Aurelie Muller and Italy’s Rachele Bruni shared gold on the first day of the European Open Water Swimming Championships after touching home in the same time in Hoorn.

The duo proved inseparable throughout the duration of the women’s 10 kilometre event, despite the best efforts of world champion Muller to break clear of her rival.

With the pair having been evenly matched, it looked likely that the final touch would decide the gold medallist, but both women ultimately finished tied for first in a time of 2hr, 7min and 0.1sec.

Bruni was to be joined by her team-mate Arianna Bridi on the podium, with the Italian winning bronze in 2:07:03.60.

However, Ferry Weertman was able to successfully defend his men’s 10km title by producing a strong swim in front of his home crowd.

The Dutchman had triumphed in the 2014 edition of the event in Berlin and refused to give up his title despite a tough battle with Britain’s Jack Burnell and France’s Marc-Antoine Olivier in the closing stages.

Weertman was able to edge Burnell to gold in the closing stages of the race, with the 24-year-old finishing 0.6 seconds ahead of the Briton by touching home in 1:55:20.60.

The podium was completed by Olivier in a time of 1:55:21.60, while Italy’s Federico Vanelli missed out on a medal after ending 2.7 seconds behind the Frenchman.

Following his victory, Weertman will now set his sights on securing gold at the Rio 2016 Olympic Games, where he will renew his rivalry with the United States’ Jordan Wilimovsky.

The American swimmer narrowly overcame Weertman at last year’s World Championships in Kazan, forcing the Dutchman to settle for second.

After a break from competition tomorrow, action is due to resume with the men’s and women’s 5km time trial events on Tuesday (July 12).

The team event will be contested the following day, with the host nation beginning as the defending champions in the 5km competition.