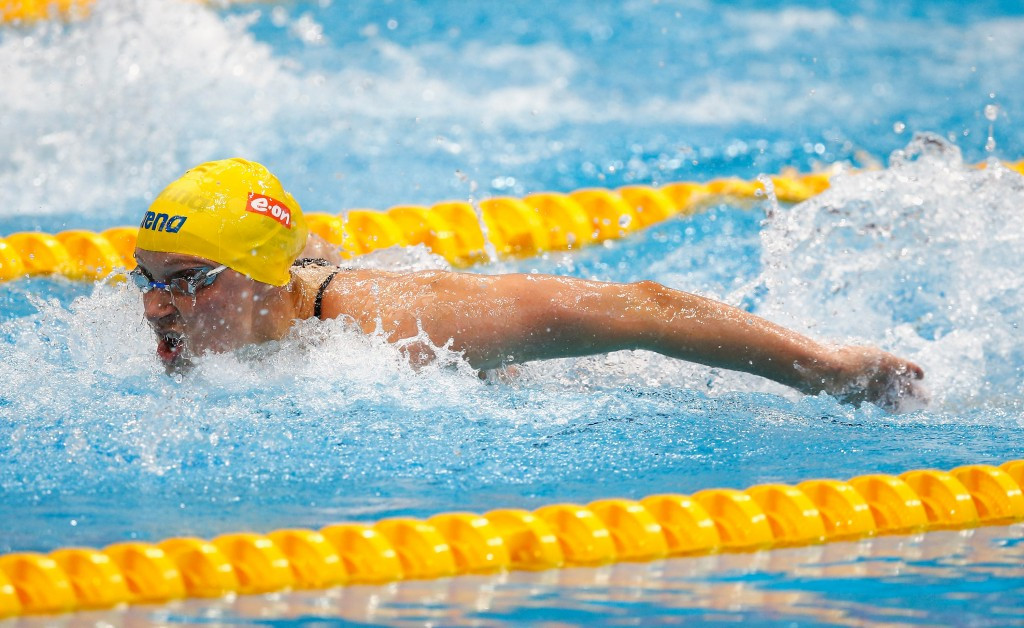 Sweden’s Sarah Sjöström claimed a third gold medal at the European Aquatics Championships here on an evening in which Italy also continued their near-perfect record in men's freestyle events.

It followed on from her 100m freestyle and 50m butterfly victories and made an ominous statement to the rest of the world ahead of this year's Olympic Games in Rio de Janeiro, particularly because the winning time was just 0.25 seconds slower than her own world record.

Denmark’s defending champion Jeanette Ottesen repeated her result from the 50m final to claim the silver medal in 56.83 and Italy’s 2014 bronze medallist Ilaria Bianchi returned to the podium with 57.52 for bronze.

There was more success for Denmark in the 200m breaststroke when Rikke Møller Pedersen successfully defended her title in 2min 21.69sec after a superb second-half of the race.

Spain’s Jessica Vall Montero, who tied for the bronze medal with Pedersen at last year’s World Championships, took the silver medal in 2:22.56 and Iceland’s Hrafnhildu Luthersdottir touched in 2:22.96 for bronze.

Britain's Molly Renshaw and Chloe Tutton finished fourth and sixth on a rare night of no medals for the host nation.

Gregorio Paltrinieri was another defending champion to win again, breaking his own Championship record to retain his 800m freestyle title and follow on from his 1,500m success.

“It was really, really tough at the end, I was almost dying,” said Paltrinieri.

“I’m in the middle of my Olympic preparations here and I have swam such great times this is great.”

Paltrinieri's team-mate Luca Dotto then claimed his first major individual title in a blanket finish in the showpiece 100m freestyle.

Just 0.11 seconds separated the top three as Dotto clocked 48.25 for the gold medal , while The Netherlands' Sebastiaan Verschuren and France’s Clement Mignon touched in 48.32 and 48.36 for silver and bronze respectively.

Verschuren's 200m victory is now the only men's freestyle event not won by an Italian.

Britain will be confident of returning to the podium tomorrow as triple world champion Adam Peaty and Ross Murdoch qualified first and second fastest for the 50m breaststroke final.