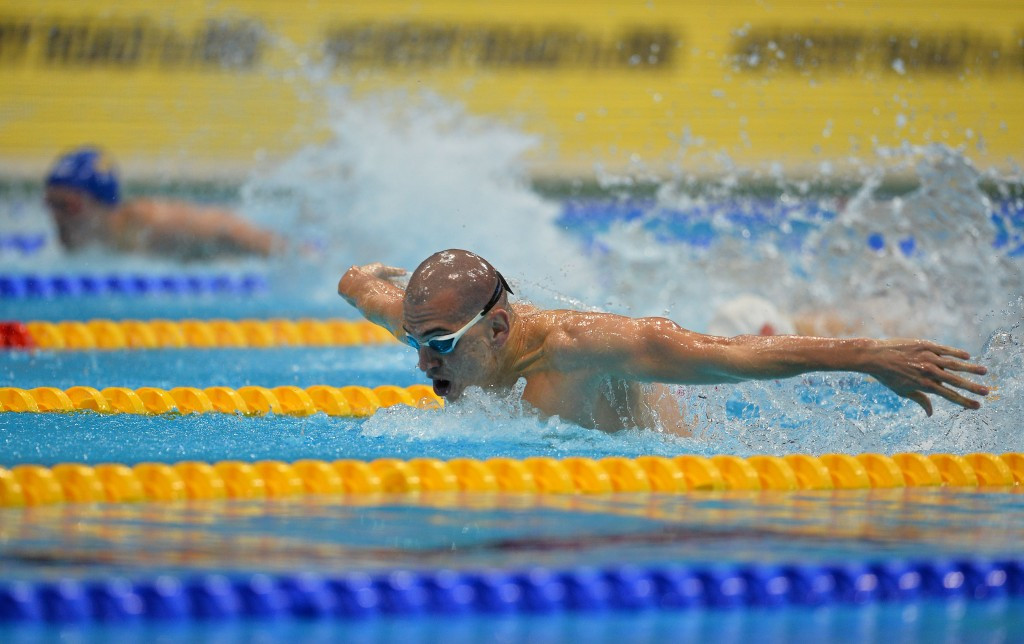 Two of the continent's most decorated swimmers in Laszlo Cseh and Federica Pellegrini each claimed gold here on the penultimate night of the European Aquatics Championships.

Both claimed their first Olympic medals over a decade ago at Athens 2004 but showed they remain capable of more success at Rio 2016.

Hungary's Cseh, a five-time Olympic minor medallist who has finished behind United States superstar Michael Phelps on all five occasions, became the first man in 21 years to claim the 100 and 200 metres butterfly double at the European Swimming Federation-organised event.

His time of 50.86 seconds over the shorter distance today is the best in the world this year as he finished ahead of Poland's Konrad Czerniak, in 51.22, and Mehdy Metella of France, in 51.70.

Russia's Denis Pankratov was the last man to achieve this double on the European stage at the 1995 edition in Vienna.

Cseh has now claimed 14 European titles, all in individual events, but would dearly love to upgrade to Olympic gold over the likes of Phelps and South Africa's Chad Le Clos at Rio 2016.

Italy's Pellegrini will also face a stern American challenge in Rio in the form of Katie Ledecky in the 200m freestyle but produced a superb trademark finish today to edge The Netherlands' Femke Heemskerk.

A surge in the final 50m propelled the Beijing 2008 200m champion to her seventh European title.

She touched in 1:55.93, just four hundredths ahead of Heemskerk as Charlotte Bonnet of France took bronze in 1:56.51.

There was revenge for The Netherlands as Dion Dressens, Maarten Brzoskowski, Kyle Stock and Sebastiaan Verschuren edged Belgium and Italy to the 4x200m freestyle relay crown.

There were also two home golds to celebrate for a frenzied partisan crowd in the non-Olympic 50m events.

First Fran Halsall retained her 50m backstroke crown in a Championship and English record of 27.57 over 100m champion Mie Nielsen of Denmark, in 27.77, and team-mate Georgia Davies, in 27.87.

Adam Peaty then claimed a third gold medal of the Championships with 50m breaststroke success to add to his 100m and 4x100m mixed medley relay victories.