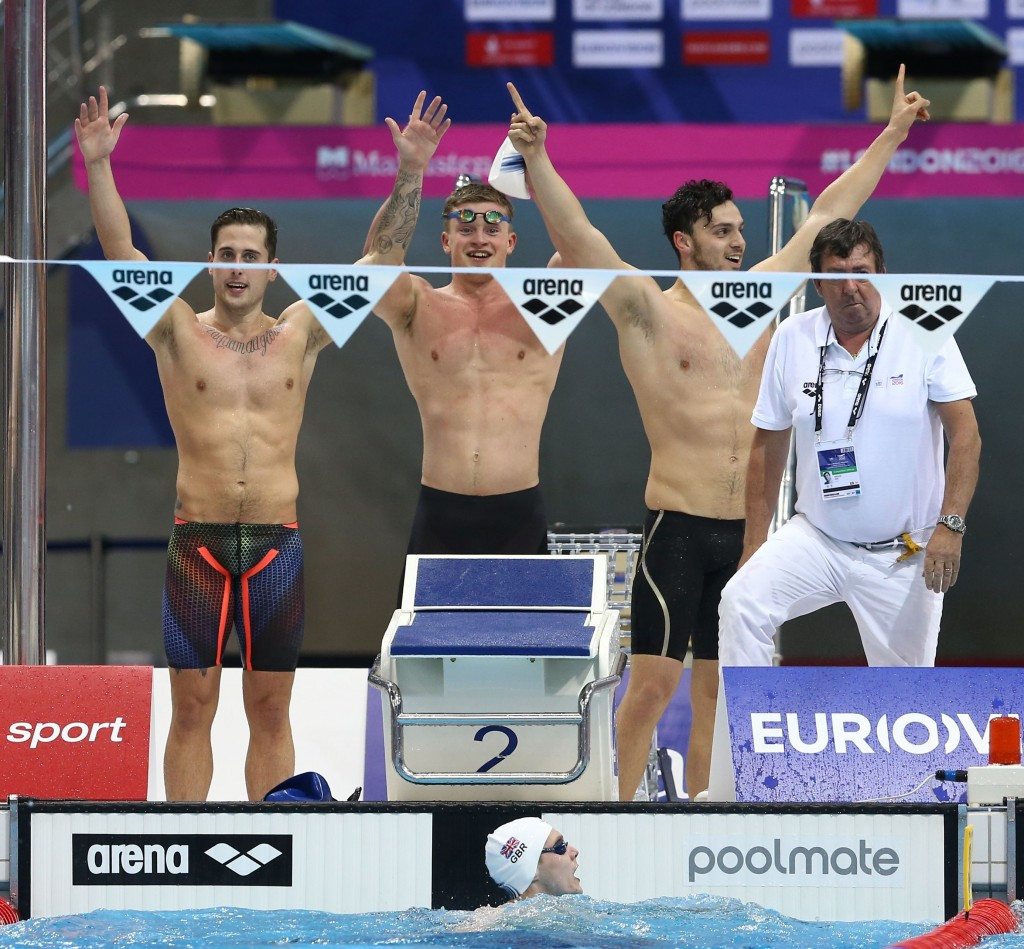 First, the quartet of Kathleen Dawson, Chloe Tutton, Siobhan-Marie O'Connor and Fran Halsall led from beginning to end to dominate the women's 4x100 metres event to win in a time of 3min 58.57sec.

Dawson, one of the breakthrough stars of the meeting, powered them in front before Halsall finished the job in style to claim her fifth medal of the week - and second gold.

While the women were always expected to win gold, the men's race was more unpredictable.

His time of 58.08 gave Britain a huge lead which James Guy and Duncan Scott duly defended with ease to bring the quartet home in 3:32.15, nearly two seconds ahead of the rest of the field.

Italy was disqualified due to an early relay takeoff between the third and fourth legs.

The win was Peaty's fourth gold medal of the Championships and a remarkable performance considering he remains in heavy training ahead of Rio 2016.

Britain's late burst was enough for second in the swimming medals table with seven golds, six silvers and nine bronze.

The Briton clocked 24.44 as Jeanette Ottesen of Denmark managed 24.61 for bronze.

France's Florent Manaudou claimed the corresponding men's event in 21.73 ahead of Ukraine's Andrey Govorov, in 21.79, and Britain's Ben Proud, in 21.85.

Sweden's Jennie Johansson took the 50m breaststroke title in 30.81, one tenth of a second clear of Iceland's Hrafnhildur Lutherdottir as Jenna Laukkanen took Finnish bronze in 30.95.

Britain did enough to finish top of the overall European Aquatics Championships medals table as the top three all finished tied on 10 gold medals.

The hosts managed 11 silver and 12 bronze, while Hungary and Russia only managed four and six, and three and six respectively.