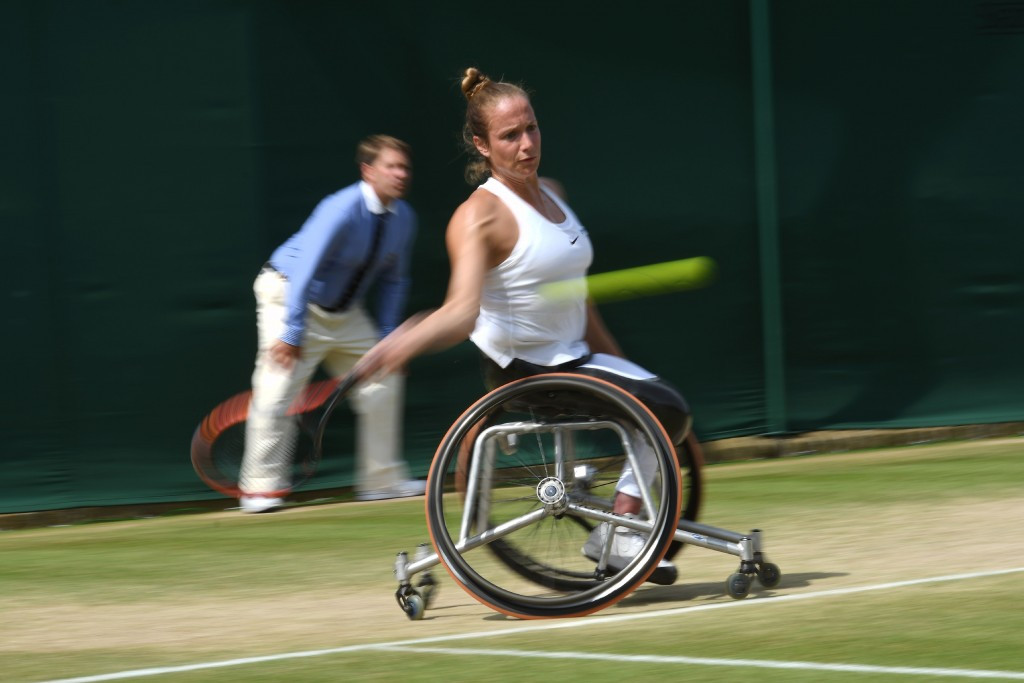 The Netherlands' Jiske Griffioen became the first wheelchair tennis singles champion at Wimbledon today after she saw off compatriot Aniek van Koot in the final.

Doubles has been a part of the Grand Slam on the famous grass courts in London since 2001 but singles has only been added to the programme this year.

It meant that Griffioen made history with her success over her team-mate, which saw her come from behind to triumph 4-6, 6-0, 6-4.

Griffioen, a Paralympic bronze medallist in the singles at London 2012, has now won four singles titles at Grand Slam level with two French Open titles and one in Australia already in her collection.

The 31-year-old has also won 13 doubles titles in her career so far and will have the chance to add to that in tomorrow's final, which will see her team up with Van Koot to face Britain's Jordanne Whiley and Yui Kamiji of Japan.

Elsewhere, there was home success as Britain's Gordon Reid and Alfie Hewett came from behind to claim the men's doubles title.

This was Hewett's first appearance in a Grand Slam final with Scotland's Reid winning his sixth doubles title at this level, and his first at Wimbledon.

The Aberdeen born player, winner of the singles title at the Australian Open in January, will attempt to win a second prize tomorrow when he meets Sweden's Stefan Olsson in the final of the men's singles.