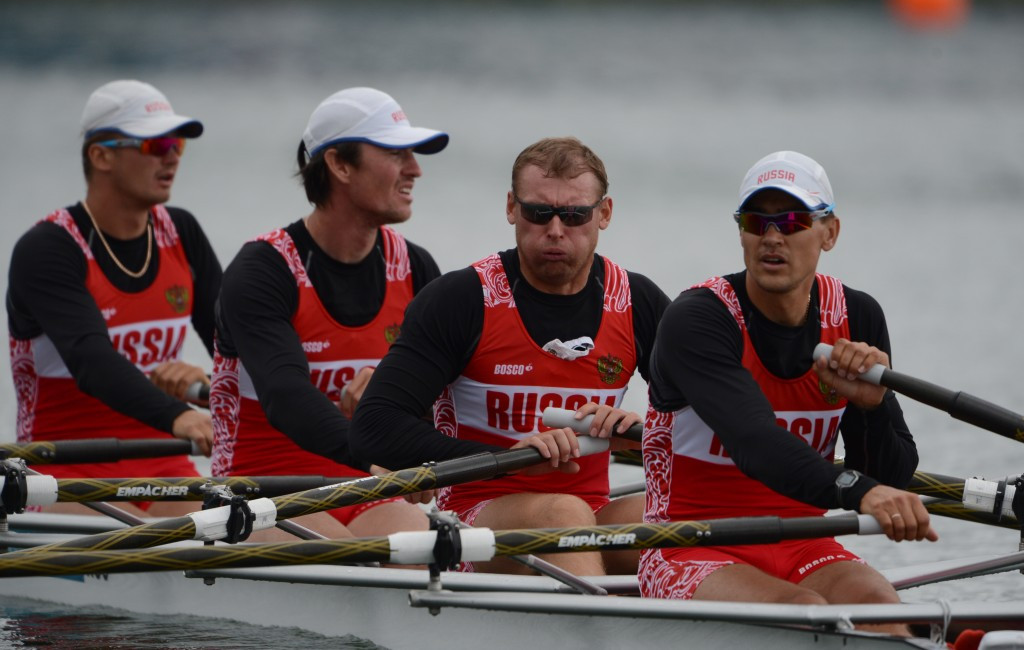 The Russian Rowing Federation (RRF) will launch an appeal to the Court of Arbitration for Sport (CAS) over the Rio 2016 ban imposed on their men’s quadruple sculls crew, according to reports.

The quartet were axed from next month’s Olympic Games in the Brazilian city because Sergei Fedorovtsev tested positive for trimetazidine in an out-of-competition test conducted by the Russian Anti-Doping Agency (RUSADA) on May 17.

The Athens 2004 gold medallist was a member of the crew which secured their place at Rio 2016 at the Final Olympic Qualification Regatta in Lucerne in Switzerland on May 24, along with Nikita Morgachev, Artem Kosov and Vladislav Ryabcev.

“The lawyers of the Russian Olympic Committee have already started to prepare the documents, we will launch an appeal to CAS,” RRF President Veniamin But told the TASS news agency.

A date for the hearing has not yet been set but it is likely to be this month, with the Olympics starting on August 5.

As a result of Fedorovtsev’s positive test, the team were stripped of their Olympic spot, which has been given to New Zealand’s Jade Uru, Nathan Flannery, George Bridgewater and John Storey, who finished third at the qualifying event in Lucerne.

The decision was made by World Rowing last week and came after reports emerged that a number of New Zealand’s rowers were continuing with their preparations for Rio 2016 despite having missed out on qualification.

New Zealand’s quadruple sculls crew will now be made to wait for their Olympic place to be confirmed due to the RRF’s pending appeal.

Rowing New Zealand chief executive Simon Peterson had admitted he was “disappointed they were competing against cheats” but that “they have achieved their goal of winning a spot at the Olympic Games in Rio”.

The news comes after the CAS confirmed that a verdict on Russia's suspension by the International Association of Athletics Federations will be delivered by July 21.

This follows a request to initiate a fast-track procedure in order to boost their chances of appearing in Rio.

The appeal has been filed jointly between the Russian Olympic Committee (ROC) and 68 athletes, CAS revealed.

It will be heard on July 19 at the Lausanne-based court.