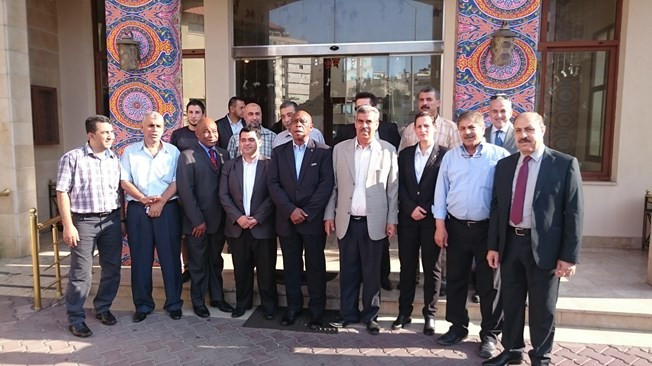 FIFA Monitoring Committee head Tokyo Sexwale has led a delegation on a visit to Israel and Palestine in an attempt to identify solutions to the problems in the two countries which are hindering their footballing development.

Sexwale, who stood as a candidate for the FIFA Presidency in February this year before stepping down in his address to the Congress, admitted progress had been “slow” and that “politics and conflict” were hampering negotiations.

He claims, however, that he is “confident we will find credible solutions”.

The South African also confirmed FIFA President Gianni Infantino will conduct a visit to the region later this year but didn’t give an exact date.

The FIFA delegation met with officials from the Israel and Palestine Football Associations but Sexwale was unable to meet Israeli Minister of Culture and Sport Miri Regev due to flight delays following the terrorist attack on Istanbul Airport on Tuesday (June 28).

Sexwale has also scheduled a meeting with President of the Palestinian National Authority Mahmoud Abbas.

The main topics on the agenda included the measures currently being developed to better deal with permit applications and avoid security-related delays with regard to the free movement of Palestinian people.

They also discussed the controversial status of five clubs affiliated to the Israeli Football Association (IFA) who are based in the West Bank, a landlocked territory occupied by Israel near the Mediterranean coast of Western Asia which forms the bulk of the Palestinian territories.

“Although we understand politics, that is not the purpose of this mission,” Sexwale said.

“Politics and conflict do have a bearing on sporting issues and we need to ensure that they are managed so that they don’t overpower FIFA’s main objective of ensuring football for all.

“Therefore, it was very important for me to meet and discuss with the respective public authorities.

“I was very pleased to feel on both sides a real commitment towards facilitating the development of our game.

“Of course, the route is long and progress is slow but I am confident that we will find credible solutions.”

The two countries remain embroiled in an ongoing conflict, with tensions extending to their respective Football Associations.

Jibril Rajoub, the head of the Palestine Football Association (PFA), however, agreed to drop a proposal to have the IFA suspended from world football’s governing body ahead of the 2015 FIFA Congress.

At the meeting, an Israel-Palestine Monitoring Committee was established and its mandate was extended at this year’s Congress in Mexico City.

“As part of my mandate, I came here to see with my own eyes and listen to everyone,” Sexwale added.

“What I see is pain: pain that the Palestinian and Israeli people shouldn’t have to go through.

“This region needs peace, which comes through dialogue, and football can help in this dialogue.

“I will now report to the FIFA President and the Congress for them to take further decisions.”