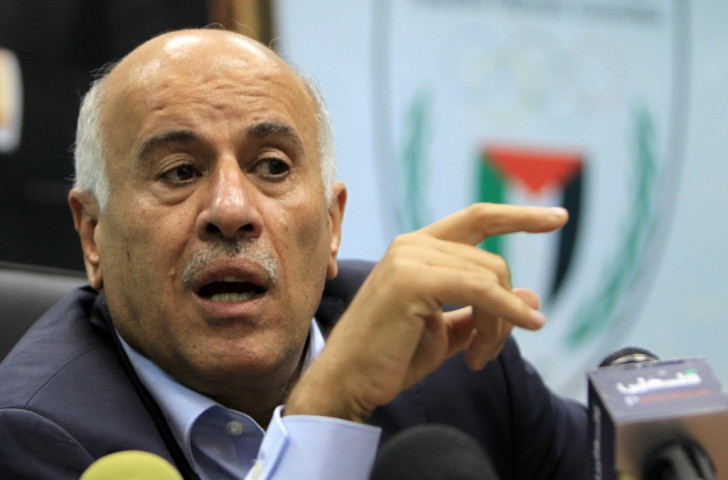 The two organisations attended a meeting with FIFA President Sepp Blatter at the headquarters of world football’s governing body in Zurich today, where they did agree to “pursue dialogue” on the matter.

“FIFA President Blatter praised the receptiveness shown by both Member Associations in discussing the matter at the home of FIFA and confirmed that he will travel to Israel and Palestine to meet their respective FA Presidents and heads of state ahead of the FIFA Congress,” a FIFA statement said.

The PFA have complained that the IFA should be punished for imposing restrictions on the movement of their players between the Gaza Strip and the Israeli-occupied West Bank.

The issue will be voted on at the upcoming FIFA Congress in Zurich at the end of this month.

The purpose of the meeting, attended by Rajoub, IFA chief Ofer Eini, FIFA secretary general Jérôme Valcke, IFA general secretary Rotem Kamer and PFA international relations director Susan Shalabi, was to see if a solution could be reached ahead of the Congress, but he has reiterated his body's desire to go through with the proposal.

"A dialogue is not a solution, the solution is that the Israelis have to come and recognise our rights to develop the game according to the statutes of FIFA,” the PFA President told Reuters.

“We told the Israeli FA that they have enough time to come to the Congress with a proposal to end our suffering.

“We recognise their association and the right of their footballers to enjoy the game and we want to enjoy the same rights.

"I want to end the suffering of Palestine football rather than cause suffering to others.

"I don't wish the suffering of the Palestine footballers on anybody, including Israel."

If FIFA do decide to suspend the IFA, which remains unlikely as football’s governing body usually only takes such measures when a Government has interfered with the respective football associations, their teams and clubs would be banned from competing in its international competitions.

These include the UEFA Champions League and qualifiers for UEFA Euro 2016.

Related stories
May 2015: FIFA to vote on Israel ban proposal ahead of Presidential elections