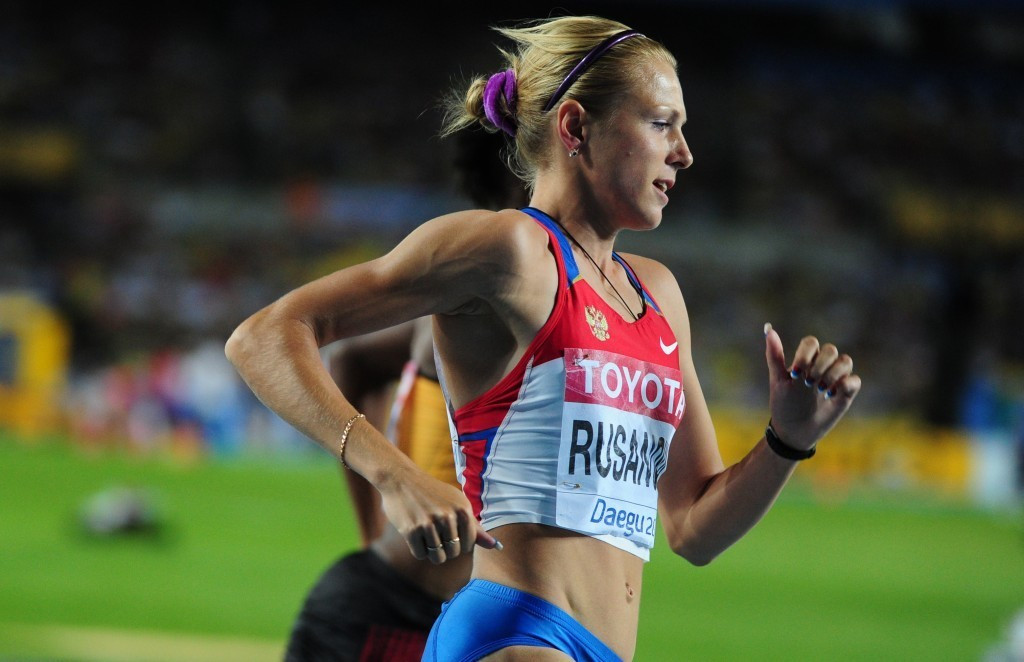 Yulia Stepanova’s name was absent from the entry list released today for next week’s European Athletics Championships, but the indications are that the former doping cheat whose allegations led to the current suspension of Russian athletes from international competition will be on the starting line in Amsterdam.

A record number of 1,473 athletes from 50 countries have their names on the list, but although the former Russian athlete is not in the field for the women’s 800m a European Athletics spokesman made it clear that the door was not yet shut on her return to Championship racing following the two-year doping ban she incurred in February 2013:

“The European Athletics Council agreed last week some special processes in relation with the Vienna decision of the IAAF Council of 17th June in order to comply with the IAAF rules that offers some exceptions - so-called “eligibility conditions” - for Russian athletes to participate to Amsterdam as ‘neutral athletes’.

“In relation to the entry into the European Athletics Championships of Yuliya Stepanova as a neutral athlete, European Athletics is ready to accept her late entry, and we are awaiting further instruction from the IAAF Doping Review Board that has been put in place to discuss the eligibility of athletes’ requests.”

Meanwhile, Rune Andersen, the Norwegian who chaired the International Association of Athletics Federations’ Task Force which upheld the international ban on Russian athletes, has told insidethegames that it should be “obvious” that Stepanova, who has been training in the United States in recent weeks, will run in Amsterdam.

“I think it would be pretty logical for her to appear at the European Athletics Championships,” he said.

“It’s something that comes under the track-and-field family business.

“The Councils of the IAAF and European Athletics are both in favour of letting her compete in Amsterdam so I think it should be obvious that she should be able to do so.

“Our report recommended that her application should be dealt with favourably by the IAAF Doping Review Board.

“It was a unanimous decision to recommend that she should be able to compete in international competitions such as the European Athletics Championships and the Olympic Games.

“Whether she will be, what likelihood there is of her returning to compete at Rio 2016 is not for me to say – that is a matter between the IAAF and the International Olympic Committee.

“But the IAAF is quite clear - the Council accepted our Task Force recommendation, and we clearly feel that, for all the reasons we have stated in the paper, she should be able to compete.”

Hajo Seppelt, producer of the documentaries by German TV network ARD in which Stepanova and her husband, the former Russian Anti-Doping Agency employee Vitaly Stepanov, made their allegations, also believes the former European Indoor 800m medallist who completed a two-year doping suspension in February 2015 will run in Amsterdam.

“I think there is a pretty good chance she will compete in the European Athletics Championships in Amsterdam,” he told insidethegames.

“The people in European Athletics seem very supportive of her.”

Were Stepanova to appear in Amsterdam the reaction in Russia, where she has been described as a “Judas” for giving her evidence about doping activities, would be enormously negative.

An appearance by Stepanova (nee. Rusanova) would increase the pressure on the International Olympic Committee to allow her to run in the same neutral representation at this summer’s Rio Olympics.

The IOC “fully supported” the IAAF Task Force recommendations in its Summit Meeting on June 18 but also said any Russian athletes could only compete under their own flag as it was the Russian National Olympic Committee which had responsibility for fielding the team in Rio, and that any other arrangement would require a rule change.