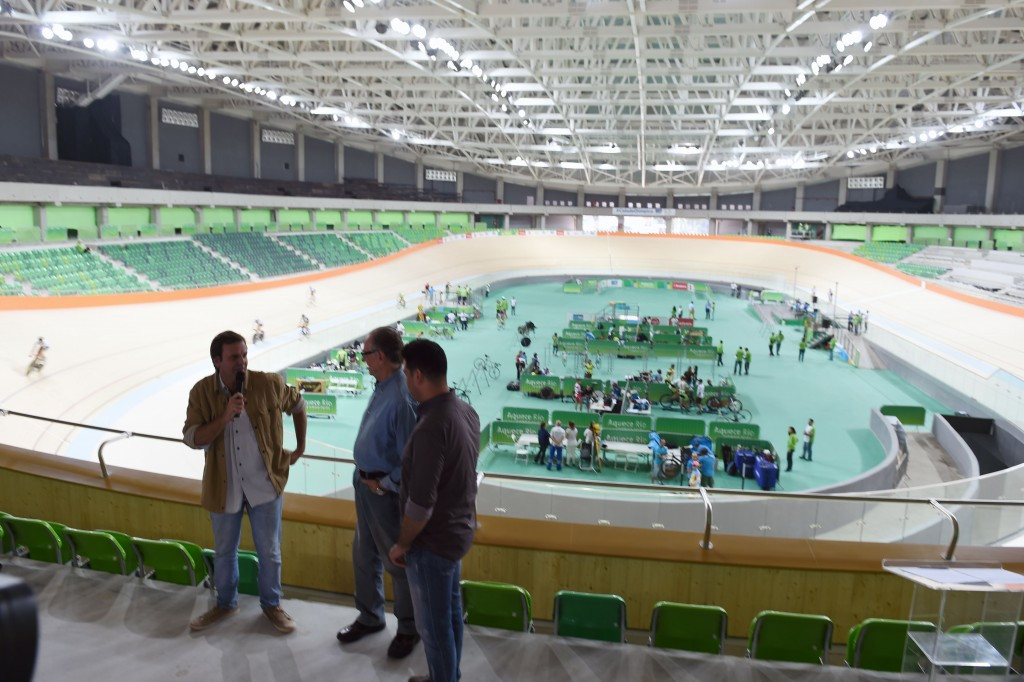 Rio Mayor Eduardo Paes has belatedly delivered the Olympic Velodrome to Rio 2016 chief Carlos Nuzman, although work on the facility remains ongoing ahead of the Olympic Games.

The construction of the velodrome has been a major concern in the build-up to Rio 2016, with International Cycling Union (UCI) President Brian Cookson claiming in May that “time was running out” on the venue being completed.

The official test event at the venue was cancelled entirely in March due to delays installing the track.

It was initially supposed to be held between March 18 and 20 but was moved to between April 29 and May 1 before being scrapped entirely.

The test event, known as the Aquece Rio International Track Cycling Challenge, was supposed to be the first event held at the venue.

A replacement trial event got underway yesterday at the venue and is due to conclude tomorrow, in order to give the venue a "quick test".

The velodrome had been due to be presented to Nuzman yesterday, but work near to front of the building meant the inauguration was pushed back until today.

According to Globo, black and green cloths covered a large part of the venue in which work is still being completed, with journalists restricted to just one area.

“I liked, I thought it was good, I am satisfied,” International Olympic Committee executive director for the Olympic Games Christophe Dubi told Globo.

“There are still some details to be made, but the main, which is the part of the athletes is very good.

“We have Brazilians and Swiss athletes testing the track and we have had very positive feedback.”

The Velodrome has been the last venue to be handed over to Rio 2016 ahead of the Games, although concerns remain about its readiness ahead of the start of track cycling competition on August 11.

Last month, its was suggested that work was still required on the suspended ceiling system, as well as the heating and cooling system.

insidethegames was told in May that the base framework of the seating was still under construction, while media tribunes and elevators at the velodrome were also incomplete.

Engetecnica were contracted to help complete work at the Velodrome earlier this year, after the initial company in charge of the build, Tecnosolo, filed for bankruptcy.