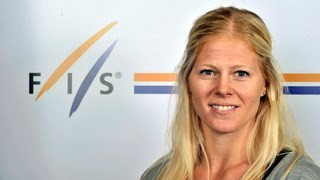 The International Ski Federation (FIS) has agreed to change its statues to allow a member of the Athletes' Commission to join the full FIS Council with voting rights.

The change was unanimously agreed at the FIS Congress in Cancun in Mexico and has been hailed as a positive move which will give athletes more of a voice.

The Athletes' Commission, which is elected by the athletes themselves, previously only had observer status.

That has now changed with Sweden's retired Alpine skier Jessica Lindell-Vikarby joining the FIS Council as the athlete representative.

The 32-year-old won giant slalom bronze at the World Championships in Beaver Creek last year and was world junior champion in the discipline in 2003.

She will serve for two years alongside the remaining members of the Council who were also elected.

South Korean Dong-Bin Shin is the sole newly elected member and will join a Council which is headed by FIS President Gian Franco Kasper.

Elsewhere, the Congress approved applications for full membership from Mexico and Hong Kong.

Afghanistan, Kosovo, Tonga, Uganda, Nigeria and Ecuador have been approved as associate members.