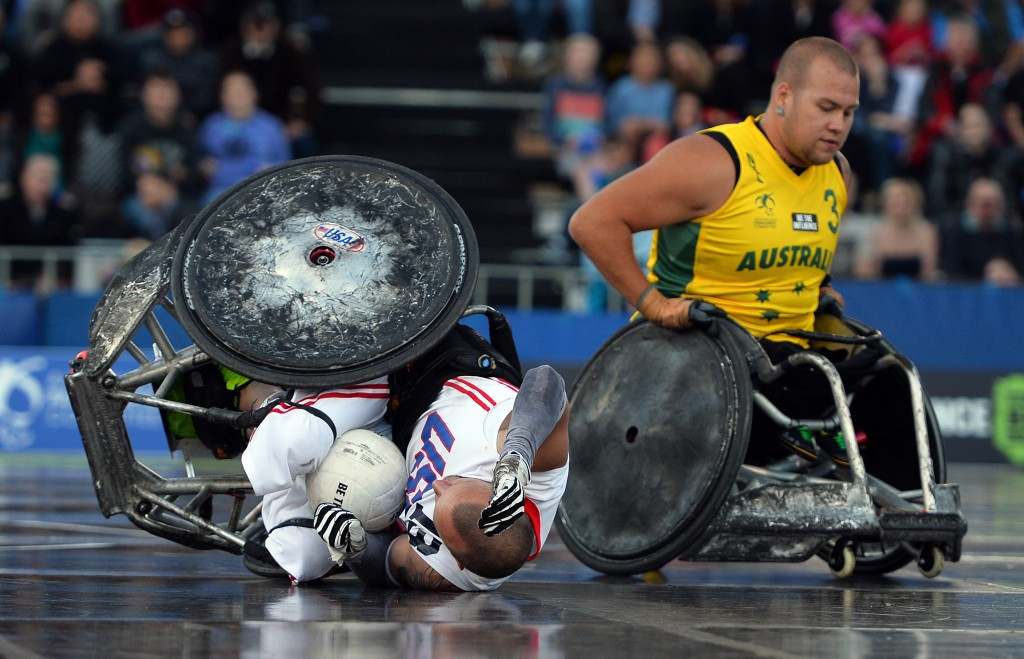 Paralympic gold medallists Australia will face current world number one ranked side Canada in the pool stage of the wheelchair rugby tournament at Rio 2016 following the completion of the draw in Sheffield.

The Australian team, who are also the reigning world champions, have slipped to number four in the world but are still expected to challenge for medals at this year’s Paralympics.

They have been drawn alongside Canada, who they beat to claim gold at London 2012, in what looks set to be a hotly-contested Pool A, which also features European champions Great Britain and host nation Brazil.

Paralympic bronze medallists the United States, ranked second in the world behind their North American rivals, will be the team to beat in Pool B.

The Americans will compete against Japan, the globe’s third best team according to the rankings, as well as France and Sweden.

All eight sides were divided up into four pairs - based on the International Wheelchair Rugby Federation (IWRF) world rankings - with one team from each pair going into each of the two pools.

The top two sides in each group will progress to the medal round at Rio 2016, with the winners of the semi-finals competing for gold and the losers battling for bronze.

The competition schedule for Rio 2016 will now be prepared by the IWRF in consultation with the Rio 2016 Organising Committee.

Wheelchair rugby events at the Paralympics will take place from September 14 to 17 at the Carioca Arena 1, located on the Barra da Tijuca Olympic Park.

The sport, nicknamed “murderball” because of the often violent nature of matches, has enjoyed a rapid growth in popularity since London 2012 and is likely to be one of the best-watched Paralympic sports at Rio 2016.