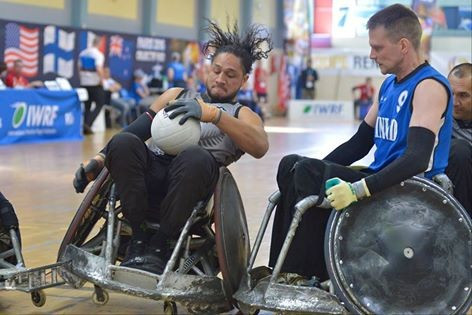 The Kiwis lost their first two games in the six-team round robin phase but recovered to win their remaining three, finishing with a 57-47 success over Finland today.

It was enough to claim second spot in the group behind the United States, who were already assured of a last four spot and finished the round robin with a 100 per cent record today by beating Denmark 50-45.

That was an important result for New Zealand, as a Danish victory would have seen them go above them in the table with only the top two reaching the last four automatically and the rest of the countries playing-off.

The play-offs were played immediately with Denmark putting their earlier disappointment aside by beating Germany 55-47 to ensure that they too made the semi-finals.

Germany finished their pool games by losing 63-45 to France, with the host nation then winning their play-off match against Finland 52-45 to advance to the last four.

The semi-finals tomorrow will now see United States play Denmark and France meet New Zealand, with the two winners earning their spots at the Rio 2016 Paralympics.

It remains to be seen if the advantage of not having to play-off will benefit the fresher American and New Zealand teams.