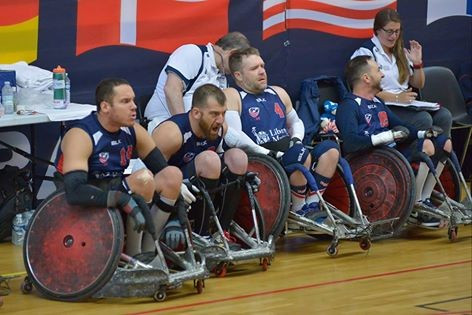 France and the United States have both secured places at this year's Paralympic Games in Rio de Janeiro after reaching the final of the International Wheelchair Rugby Federation (IWRF) Rio 2016 Qualification Tournament at Stade Louis Lumière in Paris.

The hosts overcame New Zealand 51-48 in their semi-final clash and the US beat Denmark 56-44 to give themselves a shot at the gold medal.

France went on to lose the final 54-45, but they surely will not be too disappointed having achieved their primary goal on home turf.

Competition between the eight teams is due to be held at the Rio Olympic Arena from September 14 to 18.

Losing semi-finalists Denmark and New Zealand met in the bronze medal match with the former coming out on top by a scoreline of 51-46.

The battle for fifth spot saw Germany defeat Finland 52-37, condemning their opponents to last place without a single win to their name.