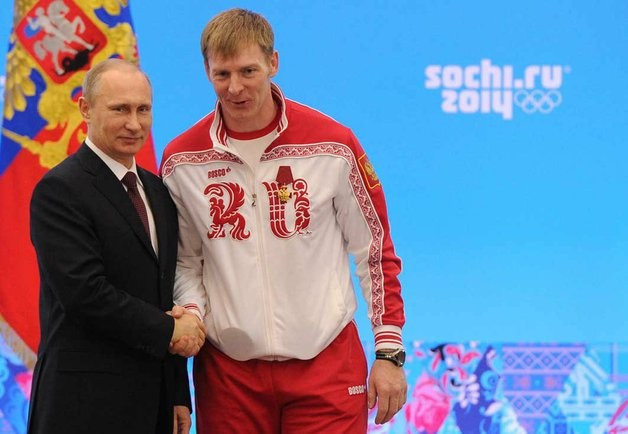 A double Olympic gold medallist who allegedly doped at Sochi 2014 was today elected as the new President of the Russian Federation of Bobsleigh (RBF).

Alexander Zubkov, winner of the two and four-man events at Sochi 2014, replaces Georgy Bedzhamov, who fled Russia earlier this year amid corruption allegations.

The 41-year-old Zubkov beat his only contender in the elections, Vladimir Lyubovitsky, the former coach of the Russian national bobsleigh team.

Last month Zubkov was among 15 Russian athletes named in The New York Times by Grigory Rodchenkov, the former head of Russia's discredited laboratory in Moscow, as having been part of a programme in the build-up to Sochi 2014.

Rodchenkov claimed this included ingesting a "three-drug cocktail" of banned steroids which were mixed with alcohol, as well as a covert system to replace the urine of affected medal winners with clean samples using soda containers and baby bottles.

Zubkov, who also won an Olympic silver medal in the two-man at Turin and bronze in the four-man at Vancouver 2010, has denied the claims.

He retired shortly after Sochi 2014, due to an injury, he claimed.

A court in Moscow in March ordered the arrest of Bedzhamov, co-owner of Vneshprombank, charged with an illegal withdrawal of bank assets worth 235 billion roubles (£2.4 billion/$3.4 billion/€3 billion).

An international arrest warrant for fraud charges was issued and Bedzhamov was arrested in Monaco in April.

Russia is currently trying to have him extradited.

Bedzhamov had refused to give up his place as head of the RFB, which he has held since 2010, despite fleeing the country, but was ordered to resign "voluntarily" by Russian Sports Minister Vitaly Mutko.

Bedzhamov had become President of the RFB in 2010 and was re-elected after Sochi 2014, where Russia won three gold medals in bobsleigh and skeleton.