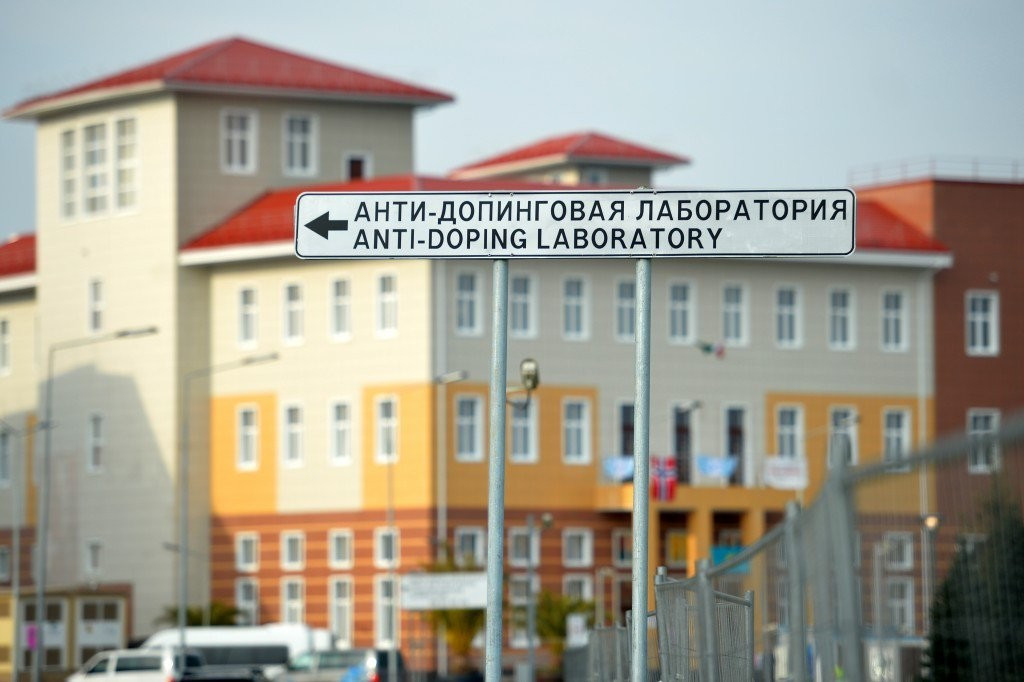 Russian doping chief turned whistleblower Grigory Rodchenkov has offered to work alongside the International Olympic Committee (IOC) and the World Anti-Doping Agency (WADA) in order to prove his sensational claims of systemic illegal drug use by home athletes during Sochi 2014.

It comes as Russian officials and athletes announce plans to sue him for his supposedly slanderous allegations.

Rodchenkov, the former head of Russia's discredited laboratory in Moscow, claimed in The New York Times a doping system in place throughout the Winter Olympic Games was so effective it ran like a "Swiss Watch".

This included the development of a "three-drug cocktail" of banned steroids which were mixed with alcohol and given to Russian athletes, he claims, as well as a covert system to replace the urine of affected medal winners with clean samples using soda containers and baby bottles.

As many as 15 medal winners could have been helped this way, it is alleged, including bobsleigher Alexander Zubkov, who won two golds, gold and silver medal wnning cross-country skier Alexander Legkov and skeleton champion Alexander Tretiakov.

In a letter co-authored by Bryan Fogel, an American filmmaker working on a documentary about doping in international sport due to be released in September, Rodchenkov urges both IOC President Thomas Bach and WADA counterpart Sir Craig Reedie to retest all samples.

As the mastermind of the operation, Rodchenkov - now living in Los Angeles after fleeing Russia last year - claims he must oversee the retesting as he is the only person capable of identifying which samples were tampered with.

The process must also be filmed by Fogel to "ensure the integrity of the examination in an open and transparent way to the public".

Rodchenkov's allegations are the most extreme so far in a tumultuous 18 months of claims documenting a systemic and state sponsored doping regime permeating Russian sport.

His detailed allegations primarily concern banned steroids metenolone, trenbolone and oxandrolone, with other aspects of note including the frequent presence of the FSB security forces in the process.

The country's athletics team already faces missing Rio 2016 after the All-Russia Athletic Federation were suspended by the International Association of Athletics Federations (IAAF) last year, and, while these latest allegations are separate, it now appears harder than ever to justify lifting the ban before August's Games.

Some figures are even claiming the ban should be extended to all Russian sport.

Most serious are the concerns relating to the alleged tampering of samples, which, if true, would discredit the entire WADA and IOC-approved doping system in place at the Games and all other times.

According to the letter, several WADA officials, including Independent Commission chairman and senior IOC member Richard Pound, have told Rodchenkov and Fogel "that if urine swapping and tampering of this nature ever occurred, the entire testing system would need to be scrapped".

"The allegation is that this was done by the [intelligence] service of Russia," added WADA's incoming director general Olivier Niggli yesterday before the letter was sent.

"I guess the [intelligence] service of any country is able to do about anything.

"So, if you ask me if the Russians ... can open a bottle, the answer is probably 'yes''- but we're talking about something that is so far away from normal anti-doping."

The IOC have claimed the allegations are  "very worrying" and must be investigated immediately.

This followed similar but less explosive claims on Sunday (May 8) by whistleblower Vitaly Stepanov, a former employee of the Russian Anti-Doping Agency (RUSADA), who told American investigatory programme 60 Minutes that four gold medallists from the host nation were on steroids during the Games.

Russia topped the medals table at their home Games, with 13 gold medals in a total haul of 33, marking a huge improvement on previous Winter Olympic returns.

Russian sporting and political figures have strongly denied all the allegations, however, claiming once again how they are victims of a political witch-hunt.

Zubkov, the Russian flagbearer at the Opening Ceremony of Sochi 2014, described the allegations as a "complete slander against the Russian national team athletes, and me in particular".

"I participated in five Olympic Games and took three medals," he told R-Sport.

"After each of them I gave a drug test - and now, suddenly someone [is] trying to tell me something attributed [to the result]."

Elena Vyalbe, the President of the Cross Country Ski Federation of Russia, insists the team were clean during Sochi 2014 and that those who published the allegations must be "bored".

Legkov defended his "honest medals" and claimed Rodchenkov should not be "believed, trusted or anything else".

"It reminds me of a relay, when a baton is passed from one foreign media source to another one," Sports Minister Vitaly Mutko told the TASS news agency.

"These are all links in a single chain - there are no facts."

Dmity Peskov, press secretary of Russian President Vladimir Putin, claimed the allegations "sound like absolutely ungrounded statements, have nothing to be based on and are not backed up with any reliable information".

"[It] looks like a slander from a defector or something of that kind," he added.

"I would rather not trust such ungrounded accusations."

The Sports Ministry are considering a lawsuit against Rodchenkov, with Legkov and Zubkov also considering similar action.

But the claims are being taken far more seriously by others, with "alarm" expressed by members of the WADA Foundation Board over "whether or not athletes could be assured that Russians were being properly tested in the lead up to Rio".

WADA Athletes' Commission chair and former skier Beckie Scott was among those to claim the athletics ban should remain in place and that investigations should be extended to other sports.

The issue is fast becoming the biggest test so far for Bach's Presidency at a time when the German is also facing corruption allegations surrounding the awarding of the 2020 Games to Tokyo as well as a fresh wave of concerns over preparations for Rio 2016.

Bach is seen as a close ally of Putin and Russia due to their close relations throughout Sochi 2014, the first Games of his tenure.