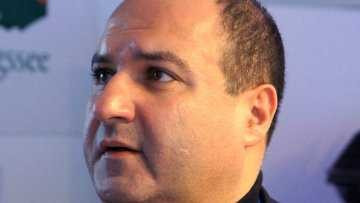 Georgy Bedzhamov, President of the Bobsleigh Federation of Russia (RFB), who has fled the country, has been ordered by the country's Sports Minister Vitaly Mutko to "voluntarily" give up his position.

Earlier this month, a court in Moscow ordered the arrest of Bedzhamov, co-owner of Vneshprombank, charged with an illegal withdrawal of bank assets worth 235 billion roubles (£2.4 billion/$3.4 billion/€3 billion).

Bedzhamov is believed to currently be living in Monaco but has so far refused to give up his place as head of the RFB, which he has held since 2010.

The situation has angered Mutko.

"The Russian Federation of Bobsleigh is a public organisation and the Government has no right of interfering in its activities," Mutko told Russian news agency TASS.

"However, we see that the Federation is regulated improperly, its President is on the wanted list and is facing criminal proceedings.

"All of these developments have a deep psychological impact on bobsledders.

"I believe that the Federation must have a new president.

"It would be acceptable in this situation for the current [RFB] President to resign voluntarily."

Bedzhamov became President of the RFB in 2010 and was re-elected after the 2014 Winter Olympics in Sochi, where Russia won three gold medals in bobsleigh and skeleton.