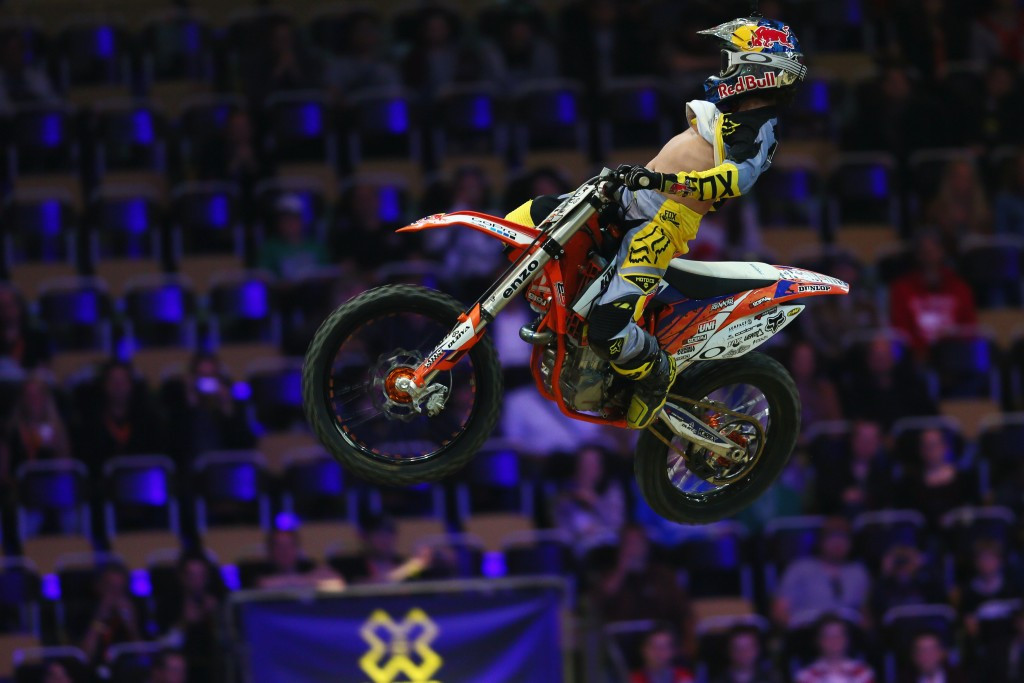 Freestyle motocross king Ronnie Renner will be aiming to win his eighth Moto X step-up title tomorrow when X Games Austin is due to get underway.

Renner already has the most gold medals in step-up history, claiming his seventh at Austin 2015, and will look to extend his record at the Circuit of the America’s (COTA) motorsport facility in the Texan city.

The 38-year-old American will be competing in the first final of the four-day event, which showcases more than 200 athletes competing in BMX, Moto X and skateboarding.

Among the other big names set to be in action is Canada’s Pierre-Luc Gagnon, the defending champion in the men’s skateboard vert.

The United States' Bucky Lasek is expected to provide stern competition for Gagnon, but that will be largely dependent on whether he can rediscover the form that saw him win all four skateboard vert gold medals in 2013 having failed to make the podium in 2014 and 2015.

Great Britain’s Jamie Bestwick will be hoping to reclaim the BMX vert crown after seeing his record-breaking run of nine consecutive victories at X Games ended last year by a runners-up finish behind Australia’s Vince Byron.

"I think you ride differently when you’re the defending champion than when you’re chasing him," Bestwick told the official X Games Austin website.

"It’s lit a fire under me, because I have nothing to lose."

Byron is eyeing the defence of his title, however, saying: "I know that to do it again I’m going to have to dig deep because Jamie is still, incredibly, at the top of his game.

"He’s beatable, but he might also go and win the next nine in a row."

This year’s event will be the third and last in Austin with US sports broadcaster ESPN confirming in March that it is looking for other American cities interested in hosting the X Games in 2017 and 2018.

Austin had been due to stage the event again in 2017 but ESPN decided to end its agreement with the city one year earlier than planned and seek a new host.

The Austin American-Statesman newspaper reported that ESPN took the decision not to remain in the city due to concern over possible recalculations of the Texas Major Events Trust Fund that has been used by the COTA to help underwrite the cost of the annual Formula One race on the site.