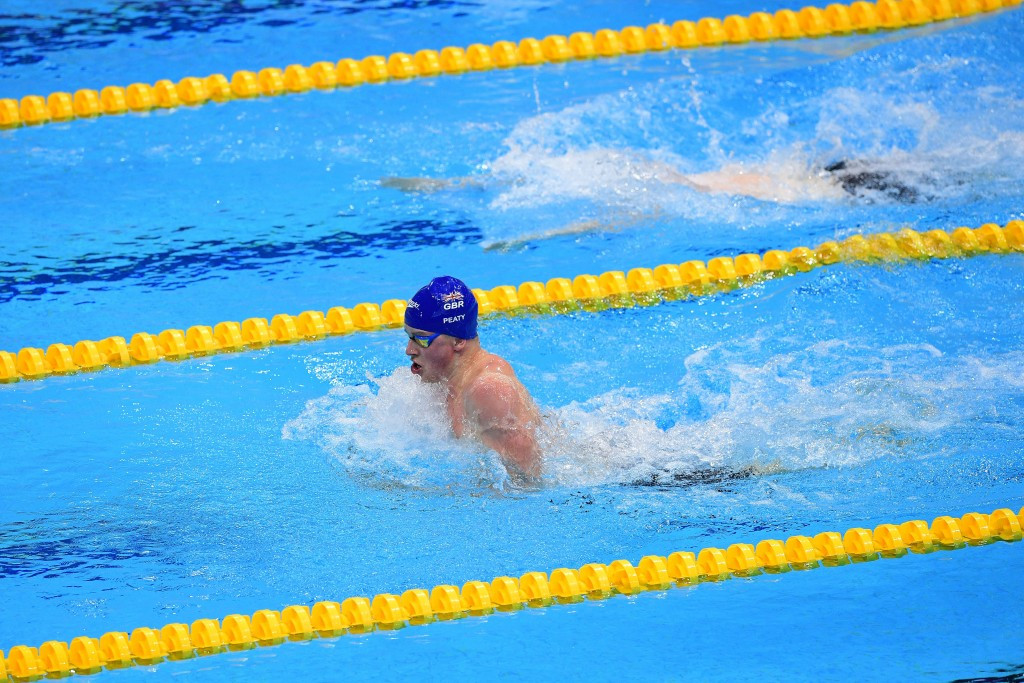 Adam Peaty produced another indication of his world class credentials here with two gold medals on the second night of swimming finals at the European Aquatics Championships.

The three-time world champion clocked a meeting record time of 58.36 seconds in his favoured 100m breastroke event before putting his gold medal back in his locker in order to swim the second leg in the 4x100m mixed relay.

His 100m time was slower than his 57.92 world record clocked at Kazan 2015, but was almost as impressive considering he was competing unrested.

Roared on by the home crowd, the 21-year-old led home a British 1-2 as team-mate Ross Murdoch clocked 59.73 for second.

Giedrius Titenis of Lithuania touched in 1:00.10 for third.

"It’s probably one of the best swims I’ve ever had and it was great to do it in front of a home crowd.

"The top four times in the world are mine now so it’s looking good for Rio.”

Team-mate Chris Walker-Hebborn brought the medley relay quartet home in third place before Peaty powered them into the lead,

But, in a fascinating dual, Italy put a male swimmer on the butterfly leg, meaning that Piero Codia chased down Sibhan-Marie O'Connor to give Federica Pellegrini a chance against Fran Halsall in the freestyle finale.

Halsall, a 50m butterfly bronze medallist earlier in the evening, has been anchoring British relay teams for a decade, however, and duly kept her opponent at arms length for victory in 3:44.56.

If Peaty was the male star then Katinka Hosszu is the queen of the pool as the Hungarian followed her 400m individual medley triumph yesterday with a comfortable 200m backstroke victory.

Grigory Tarasevich of Russia took silver in 53.89, while bronze was shared by Italy's Simone Sabbione and Apostolos Christou of Greece on 54.19.