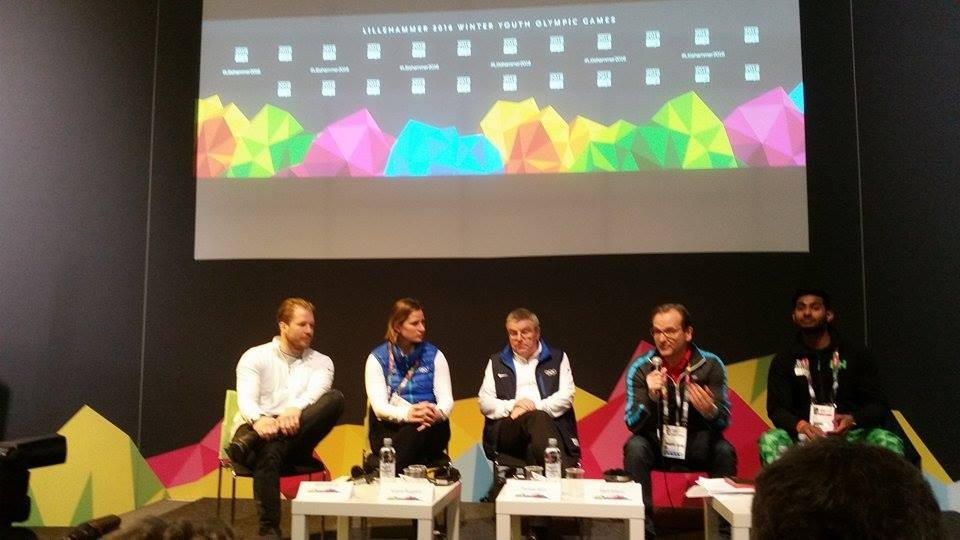 International Olympic Commiittee (IOC) President Thomas Bach has expressed surprise over criticism from the World Anti-Doping Agency (WADA) Independent Commission of the anti-doping facilities at the Sochi 2014, claiming all the reports compiled following the Games did not flag up any problems.

The WADA report highlighted concerns that the "impartiality, judgment and integrity were compromised by the surveillance of the FSB within the laboratory during the Sochi Winter Olympic Games".

The revelation was contained in the first 323-page document published in Geneva last November based around allegations of systemic and state-supported doping involving Russian athletes.

The three-man panel only studied athletics in detail, but it was claimed the "presence of the security services [FSB] within the laboratory setting in Sochi and at the Moscow laboratory, actively imposed an atmosphere of intimidation on laboratory process and staff, and supported allegations of state influence in sports events."

The WADA Independent Commission chairman Richard Pound said afterwards that he "does not think we can be confident there was no manipulation of results at Sochi 2014".

"We have no concrete proof, but it's hard to imagine what the Russian state interest would be in urine samples otherwise," said Pound, the IOC's most senior member.

Bach, a longstanding colleague of Pound on the IOC, appeared unaware of these references when questioned today by insidethegames, referring only to a separate report of the WADA Independent Observers released immediately after the Games.

"Why don’t you read the report?" the German said here ahead of the Opening Ceremony of the Lillehammer 2016 Winter Youth Olympic Games.

"The report says nothing about the 2014 provisions.

"I don’t know what you want to create here.

"The [WADA Independent Commission] report is about the anti-doping lab in Moscow.

"You have the independent report of the WADA observer, which is praising the work of the Sochi Laboratory.

"You have all the reports."

Bach modified his approach, though, after being presented with evidence of the report's finding, expressing his surprise.

Budgett did not respond directly to the written questions we were asked to send, but in a general statement defended the anti-doping system in place in the Russian resort.

"In order to address concerns following the WADA investigation of the Moscow laboratory and ensure that all samples were processed correctly the IOC doubled the number of laboratory experts on the Medical Commission Games Group and put in place four independent experts from international WADA accredited laboratories to oversee the work of the Sochi laboratory for the period of the Games," he told insidethegames.

"In addition the Lausanne laboratory director after discussion with and in agreement with the IOC agreed to act as an expert in the laboratory on behalf of the Russian Government.

"This is not usual but was requested by the Russian Government following the WADA investigation of the laboratory before Sochi.

"In addition all samples were transported after the Games to the laboratory in Lausanne for reanalysis in the future. International experts were put in place to ensure that all correct proceedures were followed."

The WADA Independent Observer report, published shortly after Sochi 2014, does raise concerns about who had access to the lab during Sochi 2014.

"There was...a representative of the Ministry of Sport of the Russian Federation who was not part of the Laboratory Games staff or the IOC Medical Commission and whose role was unclear to the IOC," it said on page 29.

The Independent Observer report also noted, on page 20, that a representative of the Russian Government was embedded into the lab.

“The Ministry…provided the IOC with a link to Russian law enforcement agencies and facilitated the sharing of information from the Russian authorities to the IOC," it revealed.

Suggestions have been made that different anti-doping provisions existed for Russian athletes in comparison to those from other countries.

Norwegian Paralympian Nils-Erik Ulset, a cross country skier and biathlete who won three medals in Sochi, told NRK that, while waiting to submit urine samples, he "gradually became aware that foreign athletes were gathered in one room, and the Russians on [sic] the other".

The International Paralympic Committee (IPC) claim to be investigating these claims and reassessing their doping provisions following the report.

They have not published any findings.

Six athletes tested positive for banned substances during the Sochi 2014 Olympics, none of them Russian.

Russia finished top of the medals table at both the Olympic and Paralympic Games.