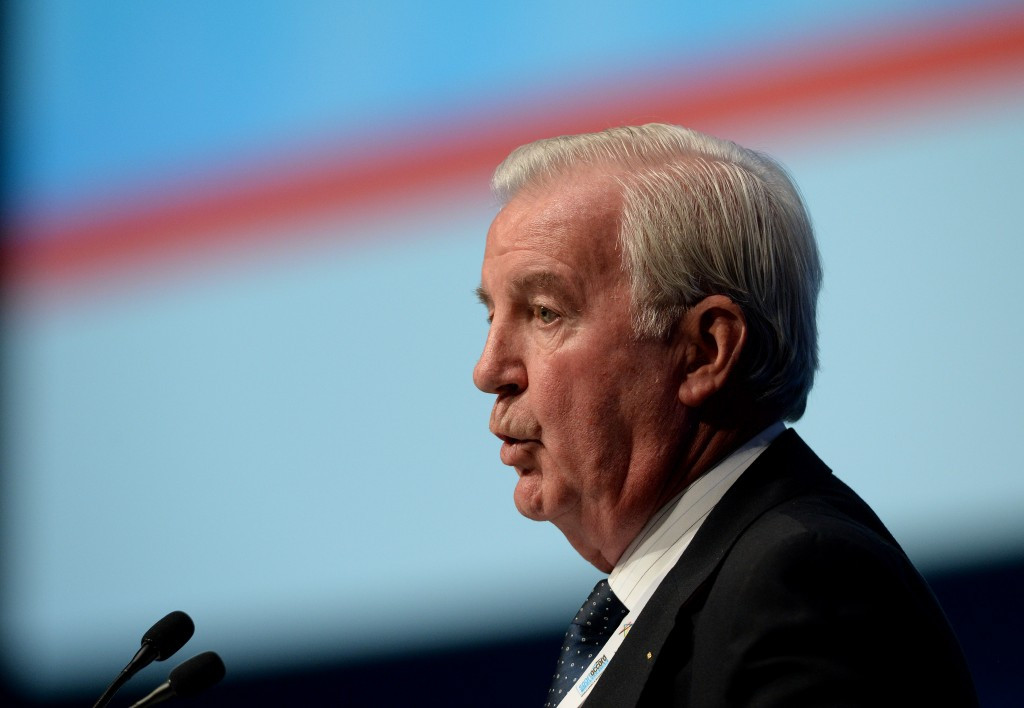 The World Anti-Doping Agency (WADA) is seeking to access the taped conversations which allegedly prove new accusations about Russian drug-taking and cover-ups at the Sochi 2014 Winter Olympics.

Whistleblower Vitaly Stepanov, a former employee of the Russian Anti-Doping Agency (RUSADA), claimed to American investigatory programme 60 Minutes that four gold medallists from the host nation were on steroids during the Games.

He also alleged that Russian FSB agents covered-up doping offences and interfered with the drug-testing procedure, after posing as members of staff.

The tapes - which 60 Minutes broadcaster CBS say they have heard - reportedly confirm a cover-up and make reference to "the Sochi list" which contains the names of the four alleged Olympic champions who doped.

WADA, which has not verified the allegations but described them as "very disturbing", announced that they would investigate "without delay".

"This includes initiating the process to access the recorded conversations in which Dr Rodchenkov aired his views, as cited in the programme," a statement said today.

Sir Craig Reedie, the WADA President, said the new allegations represented a "real cause for concern".

"Mr Rodchenkov was of course interviewed by WADA’s Independent Commission that exposed widespread doping in Russian athletics last year; yet, regrettably, he was not forthcoming with such information related to the Sochi Games," he said.

"It is surprising to hear these views so many months after the Commission concluded its work."

The drug-testing system in Sochi has regularly been placed under the microscope amid wider revelations about doping within Russian sport.

The WADA Independent Commission reports - while mainly focusing on athletics - did make reference to the 2014 Games by also alleging that the FSB were involved in the drug testing process.

This "significantly undermined" the independence of the laboratory used, it was claimed, and "compromised its impartiality, judgment and integrity".

Richard Pound, the chairman of the Independent Commission, has said he "does not think we can be confident there was no manipulation of results at Sochi 2014".

"We have no concrete proof, but it's hard to imagine what the Russian state interest would be in urine samples otherwise," he said in November.

Reedie has also defended his organisation after criticism from Stepanov, who suggested in 60 Minutes that WADA hadn't acted quickly enough after he first came forward.

“There is no question that the Stepanovs provided vital information and intelligence that allowed the Commission to be established; and, without which, widespread doping in Russian athletics may never have truly been exposed,” he said.

“What may have appeared as inaction reflected the fact that, until the revised World Anti-Doping Code came into effect on January 1, 2015, WADA did not have the power to conduct its own investigations.

"At the time, the agency was only able to collect information and pass it on to those that did have the power to investigate, in this case, the Russian authorities.

"WADA believes that passing the whistleblowers’ information on to the Russian authorities would not have resulted in the required scrutiny.”

After the Independent Commission reports, Russia was banned by the International Association of Athletics Federations (IAAF).

If the suspension is not overturned they will miss the Rio 2016 Olympics.

Russia's Sports Minister Vitaly Mutko has dismissed Stepanov's claims, however, as "revelations based on speculations".

"It is obvious that someone wants to harm Russian sports," he told TASS.